In a recent article in Cancer Discovery, academic scientists called out the underrepresentation and racism that minorities face as patients, physicians, and scientists and the systemic changes that are needed to increase racial diversity in cancer care and research.

Given the health care disparities among patients who are underrepresented minorities (URM) — from low clinical trial enrollment to low referral rates for palliative care — one change put forth by the authors was the need for more URM physicians, especially oncologists for which the numbers are “dire.” Only 2.3% of oncologists are Black and 5.8% are Latinx, despite Black Americans making up 13% and Latinx 18% of the US population.

The authors also encouraged oncologists to undergo bias training to form a “productive environment” for URM medical students and doctors and recommended that this training include how to treat patients with respect and “a lack of racial bias.”

Regarding the research community, URM scientists face difficulty making the transition from training to career.

In fact, a study showed that although the number of URM students receiving PhDs increased in previous decades, no proportional increase in the number of URM faculty promoted to assistant professor positions was seen. The researchers of the study ultimately revealed in a model that even with an “exponential growth” of URM students, “faculty diversity would remain static well into the next 50 years.”

In addition to having programs geared toward helping URM students and postdocs, the authors emphasized the need for training of faculty who are not URM about implicit or unconscious bias, and how to recognize and mitigate this bias when interacting with other faculty and trainees.

“It is no longer enough not to be racist — it is time to all come to the table and be actively antiracist,” the authors stressed. They explained that being antiracist means “standing up for someone who is being treated badly,” “going out of your way to invite, amplify, celebrate, and support your URM colleagues,” and “approaching your URM patients with respect and really listening to their complaints.” 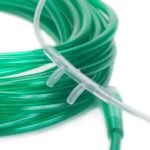