In 2016, the University of California, Davis (UC Davis) Latino Aging Research Resource Center and UC Davis Alzheimer’s Disease Center gathered experts from across the United States to consolidate current knowledge on aging and diversity research and identify future directions for the research. A report published in Alzheimer’s and Dementia outlined the key research priorities from the conference and identified current knowledge gaps in the field and issued a call for a systems-level framework for future research.

One of the main points addressed was the lack of diversity in past dementia research. According to the investigators, most aging and dementia researchers have historically been non-Latino whites. Researchers argued that racial and ethnic differences in survival following a dementia diagnosis should be better understood in order to anticipate associated healthcare needs and the economic and psychosocial impacts on caregivers.

The researchers indicated that future aging and diversity research should shift from a descriptive focus to a focus on characterizing the mechanisms that underlie racial and ethnic differences and the pathways via which they operate. Racial and ethnic minority participants should be included earlier in the validation process for latest diagnostic procedures in order to promote equitable access to diagnostic methods.

In terms of future studies, the investigators suggested that the total duration of longitudinal studies be increased, assessment wave intervals narrowed, and intensive measurements embedded in the studies in order to increase statistical power to detect change. Because there is significant cultural, geographic, ancestry, and socioeconomic variation among minority groups in the United States and dementia incidence varies across racial and ethnic groups, potential impact of racial and ethnic differences in selection bias should be considered when considering clinic-based cohorts.

Although risk factor studies are prominent in aging and dementia research, the traditional risk factor models have been criticized for the lack of focus on broader social context, pointing to the need for a more nuanced approach. Complex systems models can be employed to examine relationships between multiple levels of variables, as are used in studying racial and ethnic disparities in obesity.

The researchers urged that increased focus on recruiting and retaining racial/ethnic minorities in research studies is essential to implementing these changes. They suggest that researchers develop partnerships, as some minority communities are less trustful of clinical research due to lived experiences of racism, and that these partnerships work to align with the needs of the community. In addition, research staff who are members of the recruited group can support a partnership with a given community. 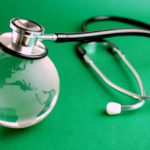