The American Lung Association’s (ALA) 22nd annual “State of the Air” report shows that approximately 135 million people in the United States — or, 4 in 10 Americans — breathe polluted air on a regular basis, and people of color are more than 3 times more likely than White individuals to live in a county with unhealthy air. These findings, along with other national air quality findings, were reported online.

The ALA’s 2021 “State of the Air” report was based on US Environmental Protection Agency data from 2017, 2018, and 2019 — the 3 years with the most recently available, quality-assured data from the organization. These 3 years were among the 6 hottest years in recorded history. Likewise, the ALA examined the potential effects of climate change on air quality and pollution in relation to US residents.

Overall, warmer temperatures caused by climate change may increase the risk of ozone formation. According to the ALA report, more than 123.2 million people in the United States lived in a county in the studied 3-year period that earned a failing grade for ozone pollution. These people often included vulnerable individuals with an increased risk of ozone-related harm, including approximately 28.1 million children and 18.2 million people aged 65 years and older.

Between the years 2017 and 2019, Los Angeles-Long Beach, California, topped the list of cities that were most polluted by ozone. This was followed by other California cities including Bakersfield, Visalia, and Fresno-Madera-Hanford.

Smoke from wildfires and residential woodburning translated to nearly 54.4 million people living with dangerous spikes in short-term particle pollution during the studied period. The ALA stated that this rate exceeded that of any of the last 5 “State of the Air” reports.

Most Polluted Places to Live

Nearly 20.7 million people in the United States — or 6.3% of the population — live in 13 counties that failed the report’s 3 measures of ozone, year-round particle pollution, and short-term particle pollution. Approximately 14 million are people of color are part of the 20.7 million figure, according to the ALA report.

In addition, more than 15.8 million people who had incomes that met the federal poverty definition lived in counties that received a failing grade for at least 1 pollutant. Up to 2.8 million people who met the poverty threshold also lived in counties that failed all 3 pollutant measures. Poverty itself is also a contributing factor to psychosocial distress and chronic stress and is associated with fewer resources to assist with relocation. Also, people living with lower income have less access to affordable and quality health care, making pollutant exposure also a cause for concern.

The ALA report states that climate change initiatives are a good starting point to help curb air pollution in the United States. According to the organization, the nation should focus on transitioning from fossil fuels to renewable energy and aim for zero emission transportation. Governments are called upon to enforce policies that will ultimately limit emissions, eliminate the use of fossil fuels and combustion for energy, and invest in clean and renewable energy.

Additionally, the ALA calls on policymakers to ensure this transition occurs, particularly in communities with the highest air pollution burden. The report adds that individuals can also work toward switching from solo gas-powered car trips to biking, walking, or public transit. 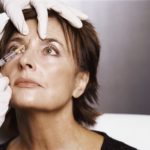 Botulinum Toxin Use Associated With Improvements in Depression