Psoriatic arthritis (PsA) was found to be associated with significantly increased mortality rates, according to study results published in The Journal of Rheumatology. In a long-term cohort study of patients with PsA, the overall mortality rate and leading causes of death were comparable with those of the general population.

To examine the link between PsA and all-cause mortality, researchers included data from Clalit Health Services, the largest health care provider in Israel. Data from patients with PsA were identified using the associated diagnostic codes between 2003 and 2018. Patients were matched with 4 control participants by age, sex, ethnicity, and cohort index date. Patient demographic and clinical data were collected from medical records and mortality data from the Israeli Notification of Death certificates.

Proportionate mortality rates (PMRs) for the leading causes of death were computed for the PsA cohort and compared with those of the general population. Cox proportional hazard models were used to estimate the effect of PsA on all-cause mortality. Models were adjusted for medical comorbidities, including diabetes mellitus, congestive heart failure, and chronic kidney failure.

The crude hazard ratio (HR) for the association between PsA and all-cause mortality was 1.16 (95% CI, 1.04-1.29) in univariate analysis, suggesting a modest association. However, after adjusting for medical comorbidities, this association was no longer significant (HR, 1.02; 95% CI, 0.90-1.15). Other correlates of all-cause mortality were older age, male sex, lower socioeconomic status, high body mass index, increased Charlson comorbidity index score, and history of hospitalization in the 1 year prior to cohort entry. Consistent use of conventional disease-modifying antirheumatic drugs was associated with lower mortality risk (HR, 0.70; 95% CI, 0.57-0.85). A similar trend was observed with biologic DMARDs, though the association was not significant (HR, 0.82; 95% CI, 0.62-1.08).

Study limitations included the retrospective design and relatively small percentage of patients receiving biologic therapy. In addition, data were not available on PsA symptoms, preventing the analyses of the correlation between disease severity and all-cause mortality.

“Although the most common causes of specific PMRs in our cohort were similar to those in the general population, it is still imperative to identify and treat comorbidities that could affect quality of life, cause medical complications, and increase mortality in our patients with PsA,” the researchers wrote. “Future research study designs are needed to shed more light on the effect of different confounders on mortality in patients with PsA.” 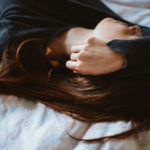