A new study suggests that symptoms of posttraumatic stress disorder (PTSD) are not uncommon among patients with acute myeloid lymphoma (AML) after starting intensive chemotherapy. Results of the study were published in the journal Cancer.

“The rate of PTSD symptoms in our patients was striking and exceeded what has been reported in the literature for patients with hematologic malignancies and for the general population of patients with cancer,” the researchers wrote in their report.

The study was a secondary analysis of a trial conducted across 4 hospitals involving 160 patients with high-risk AML who were being treated with intensive chemotherapy. In this questionnaire-based analysis, patients were evaluated for symptoms of PTSD based on the PTSD Checklist-Civilian Version. PTSD symptoms occurring at 1 month following the beginning of treatment were the focus of the analysis. Other quality of life (QOL) metrics were also examined, and data were analyzed with respect to sociodemographic factors.

“Importantly, our results reveal that patients with AML experience substantial PTSD symptoms, including intrusion, avoidance, and hypervigilance,” the researchers concluded in their report. They indicated that early and routine screening of PTSD symptoms in patients with AML may help to identify those who are at risk of developing this condition.

Disclosures: Some authors have declared affiliations with or received grant support from the pharmaceutical industry. Please refer to the original study for a full list of disclosures. 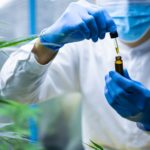