The American College of Physicians (ACP) has published a new position paper aimed at reducing firearm injuries and deaths in the United States.

Published in the Annals of Internal Medicine, researchers from the Health and Public Policy Committee of the ACP support banning the ownership of semiautomatic rifles, encourage medical professionals to be greater advocates for gun safety and mental health, and support the use of universal criminal background checks before firearm purchase and ownership.

The committee was convened to update and identify gaps in positions on gun policy that required strengthening, clarifications, or expansion based on recent research and initiatives. New or modified recommendations, as well as evidence from studies, surveys, and reports, were used to pen the updated position.

The first recommendation is to create a public health approach, including coalitions that use varying viewpoints, to reduce firearms-related violence and injuries. Coalitions may be composed of law enforcement professionals, teachers, injury prevention experts, and health professionals, all of whom are motivated to create legislative change. In addition, the ACP encourages medical professionals to speak on the importance of firearm-related injury prevention and deaths, and should “counsel patients on the risk of having firearms in the home, particularly when children, adolescents, people with dementia, people with mental illnesses, people with substance use disorders, or others who are at increased risk of harming themselves or others are present.”

Increased standardized regulation for buying legal firearms is also highlighted in the paper. Purchasing firearms should be contingent on successful, satisfactory completion of a criminal background check, and should require documented proof completion of an educational program regarding firearm safety.

Guns should also be subject to consumer product regulations, the ACP states. Increased attention should be placed on improving mental health in individuals with mental illness, particularly those with demonstrated tendencies toward self-harm, as a means of reducing firearm-related injuries and fatalities. The ACP also supports banning the ownership of semiautomatic firearms by civilians, as well as initiatives aimed at modifying firearms to make them safer.

“The ACP has pressed for the adoption of policies to reduce the number of deaths and injuries related to firearms for more than 20 years and is disheartened by the lack of action to protect the American public,” the committee concluded. “Although there is more to learn about the causes of firearm violence and the best methods to prevent it, the available data support the need for a multifaceted and comprehensive approach to reducing firearm violence that is consistent with the Second Amendment.” 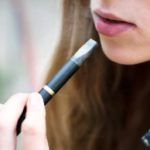