Human immunodeficiency virus (HIV) is more prevalent in women who inject drugs compared with their male counterparts in some countries, and gender-sensitive harm reduction services such as needle and syringe programs need to be developed for these women, according to study results published in the Journal of Infectious Diseases.

Blood-borne viral infections, including HIV, hepatitis C virus (HCV), and hepatitis B virus (HBV) are highly prevalent in people who inject drugs (PWID). Women who inject drugs are at increased risk for HBV compared with men because of barriers accessing healthcare, drug treatment programs, and stigma surrounding and discrimination against drug users. Although some of these factors are known, gender differences in BBV prevalence have not been systematically examined. Therefore, researchers conducted a meta-analysis to estimate country, regional, and global prevalence of serologically confirmed HIV, anti-HCV, and HBV prevalence in PWID by gender. They found that gender differences varied by country and region, with HIV prevalence higher in women than men in sub-Saharan Africa (relative risk [RR] 2.8) and South Asia (RR 1.7), whereas anti-HCV was lower in women in the Middle East and North Africa (RR 0.6) and East and Southeast Asia (RR 0.8). They also found that gender differences varied with country levels of blood-borne viral infections in the general population, human development, and income distribution.

The researchers concluded that, “[Blood-borne viral infections] prevalence remains unacceptably high in PWID, highlighting the need for increased access to effective prevention interventions including needle and syringe programs and opioid agonist treatment, as well as treatment for PWID living with HIV and HCV to prevent further infections.”

In addition, more data are needed to clarify the extent to which injecting vs sexual risk behavior influence on BBV prevalence in women who inject drugs. 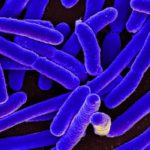