Research has suggested that a particular gene in the brain’s reward system contributes to overeating and obesity in adults. This same variant has now been linked to childhood obesity and tasty food choices, particularly for girls, according to a new study by Dr. Patricia Silveira and Prof. Michael Meaney of McGill University and Dr. Robert Levitan of the University of Toronto.

Contrary to “blaming” obese individuals for making poor food choices, Meaney and his team suggest that obesity lies at the interface of three factors: genetic predispositions, environmental stress and emotional well-being. These findings, published in the journal, Appetite, shed light on why some children may be predisposed to obesity, and could mark a critical step towards prevention and treatment.

“In broad terms, we are finding that obesity is a product of genetics, early development and circumstance”, says Meaney, who is also Associate Director of the Douglas Mental Health University Institute Research Centre.

The work is part of the MAVAN (Maternal Adversity Vulnerability & Neurodevelopment) project, headed by Meaney and Hélène Gaudreau, Project Coordinator. Their team studied pregnant women, some of whom suffered from depression or lived in poverty, and followed their children from birth until the age of ten.

For the study, researchers tested 150 four-year old MAVAN children by administering a snack test meal. The children were faced with healthy and non-healthy food choices. Mothers also completed a questionnaire to address their child’s normal food consumption and preferences. “We found that a variation in a gene that regulates the activity of dopamine, a major neurotransmitter that regulates the individual’s response to tasty food, predicted the amount of ‘comfort’ foods — highly palatable foods such as ice cream, candy or calorie-laden snacks — selected and eaten by the children”, said Dr. Silveira. “This effect was especially important for girls who we found carried the genetic allele that decreases dopamine function.”

“Most importantly, the amount of comfort food eaten during the snack test in the four- year-olds predicted the body weight of the girls at six years of age,” says Meaney, “Our research indicates that genetics and emotional well-being combine to drive consumption of foods that promote obesity. The next step is to identify vulnerable children, as there may be ways for prevention and counseling in early obesity stages”. 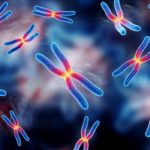