HealthDay News — According to a study published by JAMA Surgery on July 20, 2016, surgeons who are less likely to discuss the prevention of an adverse event are more likely to be negatively affected by disclosure of such events.

A. Rani Elwy, PhD, from the Veterans Affairs Boston Healthcare System, and colleagues conducted an observational study involving a 21-item questionnaire that was administered to 67 of 75 surgeons representing 12 specialties at 3 VA medical centers. 52% of surgeons completed 62 surveys relating to communication about adverse events.

The researchers found that most surgeons completing the web-based surveys used 5 of the 8 recommended disclosure items: explained why the event happened, expressed regret, expressed concern for the patient’s welfare, disclosed the adverse event within 24 hours, and discussed steps to treat subsequent problems. Fewer surgeons discussed whether the event was preventable, how recurrence could be prevented, and apologized to patients. The likelihood of being negatively affected by the event was higher for surgeons who were less likely to have discussed prevention, those who stated the event was very serious, and those who reported difficult experiences discussing the event. More negative attitudes about disclosure at baseline correlated with more anxiety about patients’ surgical outcomes or events following disclosure (odds ratio, 1.54). 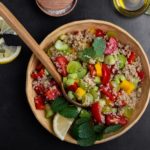