Engaging with media, such as watching television or listening to music, while exercising does not affect postexercise energy intake, according to study results published in Appetite.

Researchers from the Health Active Living and Obesity Research Group at the Children’s Hospital of Eastern Ontario suggested that these results “may have positive implications” for teenagers who may require additional motivation to participate in physical activity.

This was the first study to measure postexercise energy compensation (PEEC); investigators hypothesized that the digital stimuli would unfavorably affect PEEC because of previous evidence of digital stimuli causing increased energy intake under sedentary conditions.

Study participants were group of 24 male teenagers who participated in 3 workouts each consisting of a 30-minute treadmill jog: 1 while listening to music of their choice, 1 while watching a television show of their choice, and 1 without any digital stimuli. Afterward, their food intake and additional movement for the day were recorded. In addition, enjoyment of the 3 workout conditions was measured.

The researchers found that the participants showed no compensation with decreased physical activity for any of the exercise sessions. Results for postworkout energy intake were similar: the workouts with digital stimuli were shown to have no effect on the amount of energy intake after the experimental workouts. The investigators point out that their results are somewhat limited, and that further studies including a wider variety of participants (such as females or adults) are necessary to further validate the results.

“An interesting next step would be to examine an ‘authentic’ condition where children and adolescents could run outside…and see how these conditions differ in terms of PEEC and enjoyment,” they concluded. “Future research should also confirm our findings, including in other populations and with longer follow-ups.” 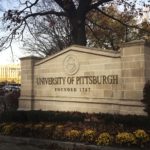 Mental Healthcare Services for Medical Students: An Approach From the University of Pittsburgh