HealthDay News — According to a poll conducted by the American Psychological Association (APA), American workers find that political conflicts in the workplace create stress and are taking a toll on job performance.

The new online survey, which took place in February and March, included 1311 US adults employed either full-time or part-time.

The more recent survey found that 26% of workers said they felt tense or stressed ever since the election, due to political discussions at work. This compared to 17% noted in the September poll.

Political debates at work also left 21% of workers feeling more cynical and negative during the workday, compared to 15% before the election, the survey showed. One in six of those polled said political debates since the election have strained their relationships at work.

The researchers found that 16% of the participants viewed their co-workers in a more negative light, 16% felt more isolated from others in their workplace, 17% said their teamwork suffered, and 18% perceived their workplace as a more hostile environment.

Cynicism and negativity among women increased dramatically since the election and the political discussions that have ensued, jumping from 9% before the election to 20% afterwards.

Getting work done was more difficult due to political debates since the election for 15% of the employees polled. Work quality suffered among 13% and productivity fell for 14%, the survey found. 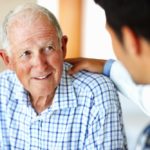 Sometimes, We’re More Than Just a Doctor for Our Patients