Medical crowdfunding campaigns are getting more popular. GoFundMe, one of the largest crowdfunding sites, reported that medical campaign funding has increased $2 billion from 2015 to 2016.1 However, although many people use GoFundMe to raise money for services that insurance will not cover, there are also a concerning number of campaigns raising funds for treatments that are not backed by science.

A recent study published in JAMA2 found that millions of dollars are being donated to these baseless, and sometimes dangerous, treatments through these GoFundMe campaigns.

“These results reveal that a wide scope of campaigns for unsupported, ineffective, or potentially dangerous treatments are moderately successful in obtaining funding,” wrote Ford Vox, MD, from the Shepherd Center in Atlanta, Georgia, and colleagues. “[D]onors indirectly contributed millions of dollars to practitioners to deliver dubious, possibly unsafe care.”

Dr Vox and colleagues searched through campaigns on GoFundMe and a couple other crowdfunding sites that listed these treatments.

Through their search, the researchers zeroed in on about 1000 campaigns totaling more than $27 million in asking price, finding that the campaigns raised more than $6.7 million all together. The campaigns for the cancer treatments raised the most money, almost $3.5 million, of the 5 treatments studied.

As healthcare costs continue to rise, more people in the United States are relying on GoFundMe campaigns to pay for treatment. Although donors give money with the best intentions, some treatments may do more harm than good. 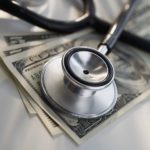 Majority of Internists Still Have Financial Ties to Industry