Wolfgang Amadeus Mozart died in autumn 1791 at age 35 in Vienna. The cause of death was recorded as “severe miliary fever,” a vague description. Since his death, there have been countless theories as to what constituted severe miliary fever. An autopsy was never performed on Mozart, although Dr. Eduard Guldener von Lobes, who examined his body, found no evidence of foul play. Mozart was buried under the edicts of his time, so there are no bones or hair to analyze.

At the time of his death, it was the law that third- and second-class burials consisted of the dead being sewed—unclothed—into linen sacks and placed in communal graves without great ceremony. General practice was to place up to 4 to 5 adults and 2 children in a common pit that would be covered with quicklime to hasten decomposition. Seven years later, the graves would be dug up, the remains dispersed, and the graves reused. This was instituted to save space and cut down on expensive permanent markers and lavish funerals. The practice gave rise to the notion that Mozart died a pauper in obscurity, which was not the case.

Without a corpse or autopsy report, all we have to go on today to determine the cause of Mozart’s death are eyewitness accounts of his symptoms and final hours. He unexpectedly took ill with a high fever, headaches, sweats, and dramatic swelling and pain in his hands and legs. By the 14th day, his swelling had increased to the extent that his entire body took on blimp-like proportions. Accompanying the swelling were nausea, vomiting, diarrhea, muscle pain, a rash, and an overpowering stench. He was extremely irritable to the point where he banished his beloved pet canary from his bedroom. Just 15 days after the onset of his illness, Mozart went into convulsions, lapsed into a coma, and died. Upon his death his wife, Constanze, crawled into bed with the corpse and clutched it as long as she was allowed in an attempt to contract the same disease and die as well. It didn’t work, so whatever killed Mozart was probably not communicable.

His 7-year-old son, Karl, noted that a few days before Mozart died his entire body became so swollen that the smallest movement was almost impossible. He also noted that there was an awful stench, which after death made an autopsy impossible. It was also observed that upon death the corpse did not become stiff and limbs were able to be bent, which is often the case when someone is poisoned.

So was Mozart poisoned or was it disease that killed him?

The poisoning theory is interesting in that Mozart himself started these rumors by telling his wife, “I am only too conscious [that] my end will not be long in coming, for sure, someone has poisoned me!” For a long time poisoning had been suspected. Who could have done it?

The first suspect was his rival Antonio Salieri, chief composer to the court of Emperor Joseph II. Mozart’s wife blamed Salieri, and in his later years, suffering from dementia, Salieri himself took credit for poisoning Mozart. This has been discredited as Salieri had no reason to murder Mozart. Salieri was in a position of power and esteem with a handsome stipend, and Mozart was of little threat to him.

Some maintained that Mozart poisoned himself by treating his syphilis with mercury and using larger-than-recommended doses. Others felt the Freemasons did him in because his Magic Flute challenged their doctrines and revealed their secret rituals. An early 20th century German neuropsychiatrist, Mathilde Ludendorff, put forward one of the most bizarre theories that the Jews, Masons, and Catholics collaborated together to poison Mozart.

Then there was Fanz Hofdemel, a Masonic brother of Mozart’s, whose 23-year-old wife, Magdalena, was Mozart’s student. Mozart, a notorious womanizer, had a steamy affair with her, and supposedly made her his mistress and got her pregnant. It is believed Franz found out about the affair, poisoned Mozart, and shortly after the funeral went home and hacked up the 5-month pregnant Magdalena with a razor, then cut his own throat with the same razor. Magdalena survived the slashing and named her child after Mozart and her husband.

One of the lead suspects in the poisoning theory was Count von Walsegg-Stuppach, a Freemason and amateur composer who anonymously commissioned Mozart to compose a requiem. The count’s 20-year-old wife passed away, and The Requiem Mass was to be played at each anniversary of her death. Walsegg had a reputation for commissioning works from talented composers and then passing them off as his own – hard to do when the true composer is still alive and living in the vicinity.

The poisoning theory, while tantalizing and lurid, loses its credibility in that Mozart’s deathbed symptoms don’t support the notion. Had arsenic been used, witnesses would have observed throat burning, difficulty swallowing, abdominal pain, difficulty breathing, delirium, sensorimotor abnormalities, and erythroderma, none of which were observed. Mercury would have led to memory loss, excessive salivation, tremors, delirium, and emotional oversensitivity, which were also not observed. This makes it more likely that Mozart died from causes other than poison.

Pierre-Francoise Puech, a French anthropologist, claimed to have studied the purported skull of Mozart and sighted a fracture that he attributed to the many falls Mozart sustained in 1791. Puech claims that chronic bruising put Mozart in a coma and killed him, which could explain Mozart’s depression and dizziness right before his death. The problem with this theory is that no one can verify if the skull Puech analyzed really belonged to Mozart. DNA analysis on the skull would prove difficult as all of Mozart’s children died childless.

Until the 1990s, the most widely accepted explanation for Mozart’s death was rheumatic fever. Dr. Faith T. Fitzgerald of the University of California, Davis reaffirmed this at the Sixth Annual University of California Clinical Pathology Conference. Rheumatic fever is caused by the bacteria Streptococcus pyogenes, which is also associated with strep throat. Researchers writing in the August 18, 2009 issue of the Annals of Internal Medicine completed an epidemiological analysis that backed up the theory that strep killed Mozart.

In 2001, infectious disease specialist Dr. Jan V. Hirschmann of the University of Washington in Seattle latched onto a clue in a letter dated October 7-8, 1791 from Mozart to his wife: “What do I smell? Why, here is Don Primus with pork cutlets! Che gusto! Now I am eating to your health!” Mozart’s favorite food was pork and it just may have been his killer.

Trichinosis, caused by the parasitic worm Trichinella, was not discovered until 1860 when a woman died from a mysterious disease with symptoms similar to Mozart’s. Upon examination after her death, many wriggling worms were found in her muscles. Dr. Friedrich von Zencker, a pathologist, discovered other people who worked with her at an inn and shared a Christmas meal of pork and pork sausages developed trichinosis as well. Von Zencker immediately examined the left over pork and found worms in the muscle tissue. He fed the tainted food to other animals and later found worms in their alimentary canals.

The incubation period for trichinosis is between 8 and 50 days. Live larvae travel through the bloodstream to skeletal muscle where they form cysts. Symptoms include high fever, muscle and joint pain, vomiting, diarrhea, weakness, swelling of the body and face, and weakness, all reminiscent of Mozart’s symptoms. In the final stages of trichinosis, the patient may experience strokes, seizures, coma, and death from cardiac or neurological complications about the third week of the disease.

Could it be that a pork chop killed one of the world’s greatest musical geniuses? It very well could be. 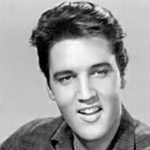