Vincent van Gogh, one of the most acclaimed artists of all time, sold 1 painting during his lifetime and achieved fame only after his death. Van Gogh was born on March 30, 1853 in Groot Zundert, Holland. He was the eldest surviving son of a pastor, and after a stint of working in art galleries as a young boy, at age 16 he switched gears and decided to follow in his father’s vocation. He studied evangelization and began a ministry for poor miners in Borinage, Belgium. However, his emotional state and lack of confidence probably precluded his ability to focus on his religious career. He was removed because of his erratic behavior and overzealousness. Encouraged and financed by his brother Theo, who was an art gallery manager, he became an artist.

In 1886, van Gogh moved to Paris to join Theo. There he met Pissarro, Monet, and Gauguin, and started to paint in his well-known short brushstroke style. Within a short career of approximately 10 years, van Gogh created some 900 paintings.

The artist suffered from very poor health. Medical records and indications suggest that he suffered from epilepsy, bipolar disorder, acute intermittent porphyria, Meniere’s disease, lead poisoning from ingesting paint chips, insomnia, impotence, anxiety, depression, hallucinations, manic depression, thujone poisoning from absinthe consumption, and malnutrition. Syphilis may have played a part in his overall well-being. Many believe he suffered from hypergraphia (compulsive writing), as he wrote over 600 letters to his brother Theo alone. During bouts of depression, he would try to kill himself by drinking lead-based paint.

In 1888, Van Gogh moved to Arles, France to improve his failing health and to found an art school. He hoped that his friends in the art community would join his efforts. It was very important for him to leave a legacy behind. Gauguin joined him in Arles and they lived together. It’s presumed that they were friends and lovers. The pair fought incessantly. Gauguin complained of van Gogh’s mood swings and “stickiness.” Gauguin decided to leave Arles after a series of bitter arguments with van Gogh. Upon learning of his friend’s intended departure, the story is that van Gogh went after him with a razor. The men struggled and van Gogh ultimately cut off a piece of his own ear lobe. However, some reports lend themselves to the theory that Gauguin actually nipped van Gogh’s ear with a fencing sword, and van Gogh protected Gauguin with the self-mutilation story. Also, it was not his entire ear that was cut off as many believe; it was only the corner of his ear lobe.

After the incident, Van Gogh struggled with confusion, hallucinations, and depression. He was admitted to a hospital in Arles. His diagnosis was “acute mania and generalized delirium.” While hospitalized, van Gogh painted a portrait of his doctor, Felix Rey, who diagnosed him with a form of epilepsy. Rey did not like the portrait and gave it away.

Following his hospitalization in May 1889 until May 1890, van Gogh was institutionalized at the Saint-Paul Asylum in the South of France. While there, he painted what has been regarded as his most famous work, Starry Night. During this time, van Gogh suffered from serious bouts of incoherence and was unable to work and could barely function. He repeatedly mentioned thoughts of committing suicide in his letters to his brother.

He was a creative genius and a man of extremes. An excessive smoker, he even smoked his pipe on his deathbed. He drank alcohol and coffee in large amounts, and copiously drank absinthe, which was toxic during his time. This would have caused the thujone poisoning, and in high doses, a side effect could cause one to see in yellow hues. Van Gogh was notably fond of using yellows in his work.

In May 1890, he was released from the asylum and moved to Auvers-sur-Oise. A short 2 months later, on July 27, 1890, van Gogh suffered from a gunshot wound to the chest in an apparent suicide attempt. But was it suicide or was it murder? On that day, van Gogh had been painting out in a wheat field. Two Pulitzer Prize-winning authors, Steven Naifeh and Gregory White Smith, believe he may have been shot by a 16-year-old boy named René Secrétan, while he and his brother were teasing the artist out in the field. No gun was ever found. Van Gogh walked back to town and was attended by 2 physicians, neither of whom were trained as surgeons or qualified to remove the bullet, so they left it in place. None of his major organs had been injured or affected by the gunshot. Theo rushed to his brother’s side but his condition rapidly deteriorated as infection set in. On his death bed, he confessed to his brother that he had shot himself. Van Gogh died 2 days later on July 30 from the infected wound. Most experts feel that van Gogh actually took his own life.

Van Gogh led a troubled life and yet redefined art and influenced many future artists, including the Fauvists and Expressionists. He dreamed of leaving behind a legacy; he certainly accomplished that in a relatively short period of time. 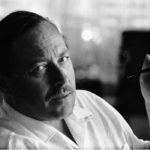