Professional football is a fast-paced, intensely physical, and grueling sport. Walter Payton was a running back for the NFL’s Chicago Bears for 13 seasons, from 1975 to 1987. The running back position is one of the most physical on the playing field. You get hit hard and your body takes a beating. Payton, also known as “Sweetness,” is revered as one of the most successful and prolific running backs in the history of the NFL. In 1987, The Sports Network established the Walter Payton Player of the Year Award to honor on an annual basis the most outstanding offensive football player in Division I college football.

Payton was born on July 25, 1954 in Mississippi. He started playing football in his junior year of high school and then attended Jackson State University, a Division II school where he was a 2-time All-American player in 1973 and 1974. Payton was a first-round draft pick for the Chicago Bears in 1975. He retired from football in 1987 and pursued several business ventures (adventures), including driving race cars and owning a restaurant/brewery. In a 1993 race, his car overturned and caught fire. He suffered burns but escaped serious injury. Payton was inducted into the Pro Football Hall of Fame in 1993.

Payton is repeatedly described as a wonderful and charitable man, and a great humanitarian, having established the Walter and Connie Payton Foundation, which helps underprivileged children in Illinois who have been abused or neglected. One exception to the prevailing opinion concerning his character can be found in a biography written in 2011. Titled Sweetness: The Enigmatic Life of Walter Payton, the book includes Payton’s accolades, but also cites facts about extramarital affairs and an addiction to painkillers that resulted from injuries endured during his career. Pearlman contends that the biography was a complete picture of Payton and states he interviewed over 678 people to pull together the whole story. The book includes excerpts stating that Payton was suicidal and had thoughts about hurting others as well, including that he considered “picking up his gun, murdering those around him, then turning the weapon on himself.” Pearlman also asserts the Payton’s marriage was a farce and that “Walter’s extramarital dalliances were becoming common knowledge throughout Chicago.” Payton’s family members contend the book is not a fair representation.

So how did this football legend die at the early age of 45? Payton was diagnosed in early 1999 with the rare liver disease primary sclerosing cholangitis. He was advised that he would need a liver transplant in order to survive. In May 1999, Payton was close to the top of the waiting list. At that time, he had a full physical to determine his fitness for the transplant, and it was then that they found a malignant tumor on his bile duct. With the addition of the cholangiocarcinoma, he no longer fit the criteria for the liver transplant. Without a transplant, he could not complete chemotherapy, but with cancer, he couldn’t get a transplant. A man who could play professional football and achieve athletic accomplishments like few others now had an opponent that he could not hope to defeat. Payton dedicated the rest of his life to being an advocate for organ donations, and his illness provided the cause with national attention. In his last few months, he wrote an autobiography, Never Die Easy. The book deals with his struggle with cancer. His hope was that it would add to his legacy and serve as an inspiration to others. Walter Payton, the football legend who never gave up on himself, died at home surrounded by his family on November 1, 1999. 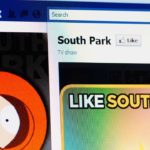