The 27 Club includes a group of influential musicians, primarily rock stars, who died at the young age of 27 years. The club originated with the death of Brian Jones in 1969, and its most recent addition was Amy Winehouse in 2011. Four other legendary rock stars in the club include Jim Morrison, Janis Joplin, Jimi Hendrix, and Kurt Cobain. These performers all have a commonality of personality traits that made them self-destructive. Interestingly, there are over 40 lesser-known musical artists who died at 27 as well. This curse makes surpassing the age of 27 a milestone for many troubled musicians.

It all started with Brian Jones. Jones was a founding member of the Rolling Stones. The cause of hisdeath was officially “death by misadventure.” Depression, drugs, alcohol, and legal issues plagued his life. Jones had been arrested for cannabis possession on multiple occasions. Prior to his death, he had recently split from the Rolling Stones. His personal problems, conflicts within the band, and the fact that legal problems prohibited him from being able to tour in the US all contributed to his removal from the band. The coroner’s report revealed that he had an enlarged heart and liver damage. He drowned in his own swimming pool less than 1 month after being let go from the Rolling Stones, on July 3, 1969.

Jimi Hendrix is hailed as the greatest electric guitarist in the history of rock. Born in Seattle, Washingtonin 1942, Hendrix began playing guitar at the age of 13. He had a brief stint in the military from 1961 through 1962, when he was honorably discharged. After service, Hendrix returned to civilian life and started to perform with various artists. He went on to form the Jimi Hendrix Experience, and later launched his own recording studio. In the summer of 1969, he played at Woodstock, and his performance of the Star Spangled Banner there is legendary. Hendrix had a serious alcohol and drug problem, which included his use of LSD. He died on September 18, 1970 at his girlfriend’s home in London. He asphyxiated on his own vomit after taking multiple sleeping pills with red wine. Hendrix’s producer and intimate circle denied he was suicidal and believed his death to be accidental or suspicious.

Janis Joplin was born in Texas and raised in an average middle-class family. She was a painter, dancer,and musician. Eager to join the hippie scene, Janis hitchhiked her way to California. She rose to fame with her signature vocal style in the late 1960s. She was heavily influenced by Bessie Smith, Ma Rainey, Etta James, and Odetta. At the high point of her career, Janis was billed as a headliner at Woodstock. “Onstage, I make love to 25,000 people—then I go home alone,” she said in an interview. Joplin was found dead, alone and on the floor of the Landmark Motor Hotel on October 4, 1970. The cause of death was a heroin overdose. Reportedly, 8 other users in the area overdosed and died around the same time. It’s presumed that the drug dealer was distributing a toxic batch of heroin. It’s not believed that she was suicidal, but rather, that she accidentally overdosed.

Jim Morrison, poet, songwriter, and lead singer of the Doors, was living in Paris at the time of his deathon July 3, 1971. An official autopsy was not performed because in France an autopsy isn’t required unless there is evidence of foul play. Morrison was the charismatic founding member and front man for the Doors, a band formed in Los Angeles, California. His voice was powerful and seductive, and he was famous for his drunken and outrageous behavior on and off stage. After several successful years, he retired from the world of rock and roll to write poetry in Paris. His cause of death likely was a heroin overdose. Morrison was a drug addict and alcohol abuser, and was facing legal issues in the US at the time of his death. Today, some of his fans hold on to the belief that Morrison is still alive, and think he faked his own death to escape all of his problems and to start a new life. His official cause of death is listed as heart failure.

It’s been theorized that Kurt Cobain had an affinity for becoming a member of the 27 Club. His mothereven made mention of it in an interview after his death, when she alluded to a time when she told him not to become a member of the club. Cobain grew up in Washington State and struggled with depression and alcohol and drug abuse. He achieved enormous fame with the band he founded, Nirvana. However, fame proved to be too much for him. The combination of a long-standing history of depression and a serious heroin addiction drove him to his death. Cobain scaled the walls to escape a rehabilitation facility in California and flew back to his home in Washington, where he killed himself with a shotgun after shooting up with a lethal dose of heroin. He died on April 5, 1994. There has been much controversy surrounding his death, including the possibility of foul play.

Amy Winehouse died with 5 times the legal limit of alcohol in her bloodstream. The official cause ofher death was alcohol toxicity. Amy became interested in jazz and performing at a very young age, and started writing her own music when she was 13. Unfortunately, she had substance abuse problems. She was an admitted marijuana smoker, but also drank heavily and indulged in drugs such as cocaine, ecstasy, and heroin. Troubled for years by her drug and alcohol abuse, she had become eccentric and exhausted before she died. Amy died on July 11, 2011, and it made her the latest inductee into the 27 Club.

The 27 Club may be a conjecture of coincidence, with common traits being the intermingling of drug addiction, alcohol abuse, and suicide. This club has gained notoriety as one that has no compunction about stealing young, talented artists before their time. 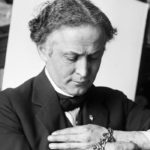