Michel de Nostredame (Nostradamus) , the prophetic giant, has been credited with predicting future events, including the rise of Hitler, the atomic bomb, Louis Pasteur’s discoveries, the assassinations of John F. Kennedy and Robert F. Kennedy, the death of Princess Diana, and more. Did this supposed seer also predict his own impending death?

Nostradamus was born in December 1503 in the south of France in Saint-Rémy-de-Provence into a well-to-do family. He was 1 of 9 children and his father was a grain dealer and notary. Not much is documented about his childhood, but it is believed that his grandfather tutored him with respect to astrology and ancient Judaism. The family converted to Christianity during a time of religious intolerance. At the age of 14, he enrolled in the University of Avignon to study medicine and become a physician. His studies there ended after 1 year due to an outbreak of the bubonic plague. He then became an apothecary and extensively researched herbal remedies. In 1522, he enrolled in the University of Montpellier to pursue the completion of his degree in medicine. There are conflicting reports with respect to the completion of his doctorate. Some evidence suggests that he was expelled from the school due to his work with herbal remedies and the school’s dim view of anyone who was involved in the apothecary trade. Other accounts state he was never expelled and became licensed to practice medicine in 1525.

For several years, he travelled through Italy and France helping victims of the plague. Nostradamus treated the plague in an enlightened manner for the time, encouraging hygiene and fresh air, and the removal of infected corpses from populated areas. He became known for his invention of the “rose pill,” which was derived from rose hips (vitamin C) to provide protection from the plague. He had a good cure rate, and his methods were more tolerable than those of other physicians at the time, who practiced bloodletting or gave their patients mercury to cure them. He became well known and achieved celebrity status for his treatments. He was invited to join the practice of a leading scholar, Julius Caesar Scaliger, in Agen, France.

Nostradamus married and had 2 children; however, in 1534, his wife and children died of the plague while he was travelling through Italy helping others. Their deaths took a toll on him and he turned toward the occult. In 1538, Nostradamus was charged with heresy, and he left France for travel through Italy, Turkey, and Greece rather than face a church inquisition. He published several books on medical science. It is during this time that he had a revelation, or awakening, and began his work as a prophet. Nostradamus would spend hours meditating to bring on his visions. Around 1547, he returned to France, married again, and fathered 6 more children. In 1550, he wrote an astrology book in the form of an almanac with predictions for the year. He stated that his prophecies were based on astrological calculations and visions.

In 1555, he published Les Propheties, which included his major, long-term predictions. To avoid religious prosecution, he obscured his meanings in quatrains using a mixture of languages. The quatrains foretold disasters of huge magnitude, including floods, wars, and earthquakes.

He was revered by the people and was enlisted into service by Catherine de’ Medici, the wife of King Henry II of France. He became physician to King Henry’s court and foretold that the king would die after having his eye pierced by a younger warrior. King Henry died a few years later after a lance pierced his eye and punctured his brain during a jousting match.

Nostradamus was not a well man and suffered from arthritis, gout, and edema. In June 1566, Nostradamus drew up a will. On July 1, he advised his assistant that that he would not be alive to see the sunrise. Nostradamus was found dead on the morning of July 2, 1566. It’s believed the cause of death was congestive heart failure.

Les Propheties, a long-time best-seller, has rarely been out of print since its first publication. 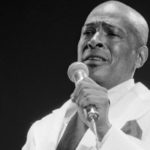