Mata Hari’s real name was Margareth Zelle. She was born in the Netherlands, the daughter of an affluent investor who went bankrupt in 1889. The family fell apart and she moved in with her godfather. She went to school to become a kindergarten teacher but when the head of the school began to flirt with her, she was tossed out of the program. A few months later, she answered an ad placed by Captain MacLeod, who was stationed in the Dutch East Indies and was looking for a wife. The marriage proved to be a disappointment in that MacLeod was an abusive alcoholic who was 20 years older than Margareth. He refused to give up his native concubine and blamed Margareth for all that went wrong. She left him and moved in with another Dutch officer, Van Rheedes, on the island of Java, took Indonesian dance lessons, and changed her name to Mata Hari, Indonesian for “eye of the day.”

MacLeod urged Margareth to return but his bad behavior did not change, so she continued to seek refuge by immersing herself in Indonesian culture and dance. They had 2 children who fell violently ill from complications related to the treatment of syphilis contracted from their parents. Their daughter survived until she was 21 but their son did not. Some claim that one of MacLeod’s enemies may have poisoned a meal to kill both children. The couple moved back to the Netherlands, separated in 1902, and divorced in 1907.

Mata moved to Paris in 1903, where she earned a living as an artist’s model and a horse rider in the circus. By 1905 she was performing as an exotic dancer and gaining considerable notoriety. She captivated audiences while dancing almost nude on some of the best-known stages in Europe. Her act took on both an erotic and quasi-religious aspect, all the while becoming more and more seductive. She would take off pieces of clothing as she danced until she was left in just a jeweled bra and some ornaments on her head and arms. She was self-conscious about her small breasts and was almost never seen without an ornate, dazzling bra.

She passed herself off as a Java princess of priestly Hindu birth, claiming to have been steeped in the art of sacred Indian dance since childhood. During this period she was photographed nude and quickly became the mistress of Émile Étienne Guimet, a millionaire industrialist from Lyon. Being a successful courtesan, she had relationships with high-ranking military officers, politicians, and other influential men from many countries, through which she supported a lavish life style. One lover had been the French Minister of Defense before World War I. Mata Hari was seen as a sensational free-spirited, avant-garde woman, but as the war approached, she was viewed as a tawdry, lewd woman and a dangerous seductress.

During World War I, the Netherlands remained neutral, and as a Dutch subject, Mata Hari was able to cross national boarders freely. She traveled to France frequently. In January 1917, the French intercepted messages from Berlin describing the helpful activities of a German spy, H21 (Mata Hari). On February 13, 1917, she was arrested in her hotel room on the Champs Elysées, put on trial, and accused of spying for Germany and causing the deaths of 50,000 soldiers. Incriminating evidence was found in her room, such as secret ink, which she claimed was part of her makeup. Her German handler was identified as Captain Hoffmann, who gave her the code name H21.

Mata Hari was found guilty and condemned to death by firing squad. On October 15, 1917, she was executed. According to an eyewitness at her execution, British reporter Henry Wales, “she refused a blindfold. A volley of shots rang out and slowly, inertly, she settled to her knees, her head up always, and without the slightest change of expression on her face. For a fraction of a second it seemed she tottered there, on her knees, gazing directly at those who had taken her life. Then she fell backward, bending at the waist, with her legs doubled up beneath her…” An officer then walked up to her body, pulled out a revolver, and shot her in the head to make sure she was dead.

No family member, ex-lover, or friend claimed her body, so it was used for medical study. Her head was embalmed and kept in a Museum of Anatomy in Paris, but in 2000, it was discovered that her head disappeared, possibly in 1954, when the museum moved to a new location. Records dated 1918 show that the museum received the rest of her body, but none of the remains could be accounted for. Many of the facts regarding her spying remain obscure.

Many contend that Mata Hari was innocent and never functioned as a spy, but was used as a scapegoat by the French to cover up their failing military operations at the front. The court file concerning her charges will not be opened before October 15, 2017, exactly 100 years after her execution. We may learn that this free-spirited woman was set up as a cover for the bad decisions of incompetent military men. 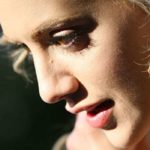