This 2000-year-old mystery is put into perspective by the research of Jan Hirschmann, MD. King Herod the Great was a brutal, paranoid, unpredictable ruler who ordered the executions of 1 of his 10 wives and 3 of his 14 children, and according to the Gospel of Matthew, in an effort to eliminate the infant Jesus, ordered the Slaughter of the Innocents.

It has generally been thought that King Herod died at 69 years of age from complications of gonorrhea. Dr. Jan Hirschmann, a physician at the University of Washington School of Medicine in Seattle, decided to explore further, and presented his diagnosis at the Historical Clinical Pathologic Conference (CPC).

Dr. Hirschmann said he decided to focus on the symptom of itching. “At first, I considered Hodgkin’s disease and some diseases of the liver.” Chronic kidney disease covered all of Herod’s symptoms except gangrene of the genitalia. Dr. Hirschmann figured that the most probable cause of King Herod’s death was chronic kidney disease complicated by Fournier’s gangrene, which is an unusual infection affecting the male genitalia.

Such historical medical sleuthing is a part of the CPC Conference, which is sponsored by the VA Maryland Health Care System and the University of Maryland School of Medicine, and was conceived by Dr. Philip Mackowiak. Every year, the CPC re-examines the death of a famous person from the past who died from causes that remain murky or not fully explained.

King Herod the Great was a slick politician who enjoyed the backing of Rome and had contacts with all the movers and shakers of his time―Julius Caesar, Cleopatra, Mark Antony, Pompey, Augustus, and Marcus Agrippa-to name just a few. He was Arab by ethnicity yet Jewish by religion. He built the largest artificial harbor in the Mediterranean area, created the fortress Masada as a refuge for himself in case of a revolt, and expanded the second temple in Jerusalem. 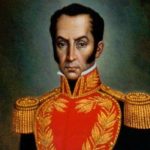