Famously remembered for his role as Jack Tripper in the hit comedy series Three’s Company, actor John Ritter was a television legend.

Born Sept. 17, 1948 in Burbank, California to actor Tex Ritter and actress Dorothy Fay Southworth, Ritter and his older brother, Tom, grew up surrounded by show business. As a child, however, John has no interest in following in his parents footsteps. He attended Hollywood High School and later studied psychology and architecture at the University of Southern California.

It wasn’t until two years later that Ritter was persuaded to join a drama class taught by leading drama coach and actress Nina Foch. He changed his major to theater arts, graduated in 1971 with a Bachelor of Fine Arts degree in drama, and the rest is history.

From 1968 to 1969, Ritter traveled to Europe, appearing in several stage performances, including Love Letters, The Glass Menagerie, and As You Like It. He returned to the United States in 1970 and made guest appearances in popular TV shows including The Mary Tyler Moore Show, The Waltons, Hawaii Five-O, and M.A.S.H.

Then in 1977, the actor landed the role of Jack Tripper in Three’s Company, which would forever define his acting career. The show centered around Jack Tripper, who lived with his two female roommates, originally played by Joyce DeWitt as Janet Wood and Suzanne Somers as Chrissy Snow.

Somers was fired in the later years of the show. Her character was replaced by Chrissy’s cousin Cindy, played by Jenilee Harrison, and then an unrelated roommate Terri Alden, played by Priscilla Barnes.

Television audiences fell in love with the show, and it became an instant hit. Ritter was especially adored as the goofy and accident-prone boy next door, whose character often had to pretend to be gay in order to keep the landlords satisfied over the roommates’ living arrangements.

His performance on Three’s Company earned him a Golden Globe in 1983 and an Emmy in 1984. The show spent several seasons at the top of the charts in the United States, before it came to an end in 1984. As one last hurrah, Ritter reprised his role for one year on the spin-off Three’s A Crowd.

The actor’s first role following Three’s Company was in the television show Hooperman, where he played Detective Harry Hooperman who inherits a rundown apartment building. In 1988, Ritter was nominated for both an Emmy Award and Golden Globe Award for his work on the show.

He continued his successful acting career, appearing for three seasons in the TV show Hearts Afire. He also appeared in a number of movies, most notably Problem Child and its first sequel, Sling Blade, Noises Off, Skin Deep, Gramps, The Colony, Stephen King’s It, and The Dinner Party.

The actor had two wives throughout his lifetime. In 1977 Ritter married actress Nancy Morgan and had three children: Jason, Tyler, and Carly. Ritter and Morgan divorced in 1996, and he remarried to actress Amy Yasbeck in 1999. Ritter and Yasbeck had one daughter together, Stella, in 1998.

In 2002, Ritter returned to television for the last time in the ABC hit sitcom 8 Simple Rules for Dating My Teenage Daughter, starring alongside Katey Segal and Kaley Cuoco. Ritter became ill while filming an episode of the second season on Sept. 11, 2003, suffering chest pain, nausea, and vomiting.

Ritter was taken to a hospital across the street from the studio, but died hours later from an aortic dissection at 54 years old. The actor was posthumously nominated for an Emmy for his role in the show, which was renamed 8 Simple Rules and continued for two more seasons, before its cancellation in 2005.

Ritter’s wife, Amy, would go on to file a wrongful death lawsuit against the hospital and several doctors in 2008, claiming that Dr. Joseph Lee rushed to a faulty diagnosis and failed to have a chest X-ray taken that would have revealed the torn aorta, resulting in surgery that could have saved him.

However, defense testimony came to the conclusion that the aortic dissection was lethal, and that even with the surgery the outcome would have been the same. 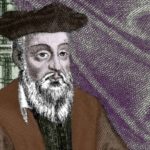