Eva Perón, the first lady of Argentina, passed away on July 26, 1952 at only 33 years of age. She was powerful, glamorous, charismatic, and a tragic figure whose body didn’t come to a peaceful rest until 1974.

Eva was the second wife of the most powerful man in Argentina, Juan Perón. In 1950, at the age of 30 and the height of her popularity, she fainted in public. Initially she was diagnosed with appendicitis and had her appendix removed. But she continued to weaken and easily fatigue, and experienced profuse vaginal bleeding. Upon examination by her gynecologist, she was diagnosed with cervical cancer. The finding was withheld from her and her adoring crowds on the orders of Juan. Many believe Juan kept the news quiet as he felt “Evita,” with her mega-wattage star power, was too important to his presidential election, and any weakness might influence the vote.

Eva’s fainting and heavy vaginal bleeding continued throughout the presidential campaign of 1951, and by November, Juan informed her that she would undergo surgery to remove her uterus, and that Argentinian surgeon Ricardo Finochietto would perform the operation. Once she was in the operating room and under anesthesia, instead of Finochietto, American cancer surgeon George T. Pack removed an extensive cancer of the cervix that had already spread to her abdomen. Before Eva came out of anesthesia, Dr. Pack was on his way to the airport to catch a plane back to New York. Again, under Juan’s orders, she was told she had a routine removal of the uterus that would correct the bleeding. She was never told she had cervical cancer, which would eventually take her life.

Eva’s last days were especially tragic. The chic, coiffed, bejeweled powerhouse of Argentina was in constant, agonizing pain, and had withered away to 79 pounds. To manage her pain, she went for an operation where the procedure was never explained to her. She was lobotomized.

Dr. Barron H. Lerner of Columbia University, in an essay written for The New York Times, stated that in 2005, a doctor involved in treating Eva Perón for her cancer claimed she received a lobotomy shortly before she died. Dr. Daniel E. Nijensohn, a Yale neurosurgeon, investigated the claim and confirmed it. Travel records reveal that a neurosurgeon—an expert in the treatment of pain via lobotomy—traveled to Argentina right before her death. And x-rays show indentations in certain areas of Eva’s skull that are markers of this type of surgery. It is believed that the operation took place in May or June of 1952, shortly before Evita’s final public appearance. She died in July.

Pedro Ara, a master embalmer, was called in to preserve Eva Perón’s body for public viewing. He went to work on the evening of her death, and employing his masterful embalming technique, replaced all of her blood with glycerin, giving the body the appearance of being asleep. Ara wanted Evita to be as skillfully preserved as Lenin. Ara claimed that his embalming of Eva’s corpse left “the body of Eva Perón completely and infinitely incorruptible” and ready for public display.

Eva was to be placed in the base of a monumental tomb larger than the Statue of Liberty. She was to be on display to the public for decades and decades. However, before the tomb could be completed, Juan Perón was overthrown by a military coup in 1955. Juan had to flee Argentina to save his life and left no plan to secure Eva’s body. The new military regime banned Peronism and quickly removed Eva’s body from display. What happened to her remained a mystery for 16 years, and it became illegal to possess or display a picture of her or Juan, even inside the home.

In 1971, military informants revealed the body was in a crypt in Milan, Italy under the name Maria Maggi. Upon this revelation, Juan had her body removed from the crypt and flown to his home in Spain, where he and his third wife, Isabel, kept the corpse in their dining room on a platform near the table. Isabel would comb and arrange Eva’s hair every day.

In 1973, Juan Perón came out of exile and returned to Argentina as president. He died in 1974 and was succeeded by his wife Isabel, who became the first female president in the Western Hemisphere. Isabel had Eva’s body returned to Argentina and displayed for a short while next to Juan. Eva Duarte Perón was later placed in the Duarte family tomb in La Recoleta Cemetery, Buenos Aires, where she rests in heavily guarded peace.

On June 23, 1987, someone broke into Juan Perón’s tomb and cut off his hands. They were ransomed for $8 million US dollars. The government refused to pay the ransom, and the hands, seen by Argentinians as a symbol of power, have never been recovered. 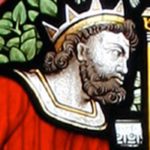