Elvis Presley, one of our great pop culture icons, was found unresponsive on the bathroom floor at his home, Graceland, in Memphis on August 16, 1977. He was officially pronounced dead at 3:30 pm at Baptist Memorial Hospital. What took his life at 42?

The coroner recorded the cause of death as cardiac arrhythmia, a condition that can be determined only in someone who is still alive. This has caused claims of a cover-up. What was not recorded was Elvis’s addiction to the drugs codeine, Valium, morphine, and Demerol, just to name a few. While Presley’s main physician, Dr. George Nichopoulos, was exonerated of criminal liability for the singer’s death, the facts were startling. The Tennessee Medical Board, which investigated the case, found that Nichopoulos had prescribed Presley more than 10,000 doses of narcotics, amphetamines, and sedatives, and that was just in the first 8 months of 1977. The medical board suspended Nichopoulos for 3 months, and in 1995, his license was permanently revoked.

In 1994, coroner Dr. Joseph Davis reopened the Presley autopsy and stated “There is nothing in any of the data that supports a death from drugs. In fact, everything points to a sudden, violent heart attack.” Polypharmacy undoubtedly contributed to Elvis’s premature death, even if it was not the final cause.

Forensic historian and pathologist Michael Baden views the situation as more complex: “Elvis had had an enlarged heart for a long time. That, together with his drug habit, caused his death. But he was difficult to diagnose; it was a judgment call.”

Nichopoulos, who acted as Elvis’s personal physician for the last 12 years of his life, claims chronic constipation killed Elvis in his bookThe King and Dr. Nick.

In a 2010 Fox News interview, he stated, “We didn’t realize until the autopsy that his constipation was as bad-we knew it was because it was hard for us to treat, but we didn’t realize what it had done.”

According his autopsy, the diameter of Elvis’s colon was 5 to 6 inches, which is about double the size of the typical person’s, and instead of being 4 to 5 feet long, his colon was 8 to 9 feet in length.

“We found stool in his colon which had been there for four or five months because of the poor motility of the bowel.”

Nichopoulos noted that Elvis had inherited a condition called bowel paralysis, which made defecating difficult.

“He would get embarrassed,” he said. “He’d have accidents onstage. He’d have to change clothes and come back because of the way we were trying to treat his constipation.”

Treating the problem correctly in the early 1970s would have necessitated performing a colostomy. Elvis didn’t want to have anything to do with it. “If they had done the colostomy then, he’d probably still be here,” Nichopoulos said.

Presley’s funeral was held at Graceland on Thursday, August 18. Approximately 80,000 people lined the processional route to Forest Hill Cemetery. Outside the gates, a car plowed into a group of fans, killing 2 women and critically injuring a third. Presley was buried next to his mother. Later in August, there was an attempt to steal “The King’s” body, which prompted authorities to exhume and rebury the remains of both Elvis Presley and his mother in Graceland’s Meditation Garden. 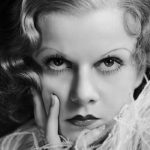