The story of Butch Cassidy (Robert Leroy Parker) and the Sundance Kid (Harry Alonzo Longabough) inspires the imagination, particularly the events surrounding their deaths. On November 3, 1908, near the town of San Vicente, Bolivia, Cassidy and Sundance were involved in a shootout with members of the Bolivian army and police after they robbed a courier from the Aramayo Mine Company of the company’s payroll and stole his branded mule. The bandits sought refuge at a boarding house, where the owner recognized the mule as belonging to the mine company and reported the “gringos” to the local telegraph officer, who contacted the military. A bloody shoot-out followed at the boarding house after soldiers and police surrounded the building. Once gunfire broke out, one of the soldiers was killed and another seriously wounded. The Bolivian authorities heard screaming from inside the house, followed by a single shot; then the screaming stopped. Moments later, another shot was fired within. Officials cautiously entered the home hours later and found 2 dead bodies, both with multiple bullet wounds to the arms and legs. One of the robbers had a bullet hole in the temple, and the other in the forehead. It was surmised that one bandit had shot his fatally wounded partner to end his suffering, and then killed himself. These men were identified as the robbers of the courier; however, the Bolivian authorities had no means of positively identifying them as Cassidy and Sundance. The bodies were buried in the San Vicente cemetery. Attempts have been made to identify the remains from the cemetery by examining the DNA of relatives of Cassidy and Sundance; however, no matches have yet been discovered.

Cassidy’s sister, Lula Parker Betenson, stated that Butch Cassidy was not killed in Bolivia on that day and had returned to the US, living anonymously for years. It is speculated that Cassidy became William Thaddeus Phillips, who claimed to have known Cassidy from childhood and eventually settled in Spokane, WA. As for the Sundance Kid, some believe that he became William Henry Long and lived out his life in Duchesne, UT.

Butch Cassidy, born Robert Leroy Parker on April 13, 1866 in Beaver, UT to an orthodox Mormon family, was known to have been friendly, intelligent, adventurous, loyal, and charming, with an infectious personality. He was a skilled cowboy and rancher, a great shot, as well as a natural with horses and cattle. When he was a young boy, his family lost everything in a land dispute and had to struggle to survive. Robert Parker met outlaw Mike Cassidy on a ranching job and became his protégé, leaving home for Telluride, CO. Young Parker enjoyed a life that included gambling, saloons, and various misadventures. He began racing horses, and through horse racing met other outlaws, including those eventually known as the Wild Bunch, and joined in a plan to rob the San Miguel County Bank in Telluride in June 1889. They stole $28,000 and their getaway was successful. Parker continued down the path to lawlessness and masterminding famous robberies. He changed his name to Butch Cassidy, in part to honor his mentor and to avoid bringing shame to his family name. Cassidy did an 18-month stint in prison and became a more ambitious outlaw after his release. Along with the Wild Bunch, Cassidy set off on a series of robberies involving cattle rustling and train, payroll, and bank thefts. Cassidy was likened to a Robin Hood of the Wild West, battling big business interests in favor of helping the poor, and the Wild Bunch were his Merry Men. They would rob the rich and spend the money freely, helping the small business owners in the towns where they sought refuge.

Harry Alonzo Longabough was born in the spring of 1867 in Mont Clare, PA. At the age of 15, Harry headed west to become a cowboy and worked on a cattle drive. In 1887, he was jailed for stealing a horse in Sundance, WY. After spending 18 months in jail, he was released and earned his alias, the Sundance Kid. He has been described as reserved and stylish, but he was rude mannered and not well liked. It’s believed that the Sundance Kid and Butch Cassidy met in 1896. Along with Cassidy, Sundance was a member of the Wild Bunch and participated in multiple robberies.

Near the end of the 19th century, the West had begun to change. The Wild Bunch was the last of the desperado outlaw groups. Neither Cassidy nor Sundance was known to have used a gun to kill anyone prior to the shootout in Bolivia; other members of the Wild Bunch, such as Kid Curry and Harvey Logan, filled the murderous roles. The Pinkerton Detective Agency, hired by Wells Fargo and the Union Pacific Railroad, were in constant pursuit of the notorious bandits. In 1902, Cassidy, Sundance, and Etta Place (Sundance’s girlfriend) left the US and traveled to Argentina. They set up house as Mr. James Ryan and Mr. and Mrs. Harry Place. They were looking for respite from the constant pursuit and lived a comfortable and peaceful life in Argentina for over 2 years as livestock ranchers, selling cattle, hides, and wool. Eventually, their true identities were exposed, and enough pressure was put on the trio to force them to liquidate their assets and depart Argentina. Meanwhile, other gangsters had started mimicking and impersonating the duo to gain notoriety. A letter that places Cassidy in Bolivia in November 1907 indicated that he planned to make his home in that country. It is presumed that Etta Place returned to the US. Many believe that Cassidy and Sundance were killed in the shootout near San Vicente while trying to stockpile money to buy land and establish another ranch.

Cassidy was cunning and realized they were going to be hunted down until they were killed. He had contrived many plans for perfect robberies, but could he have adopted a plan to capitalize on the death of 2 bandits in Bolivia as the perfect escape to create new lives? From what is known about Cassidy, he had the brains to pull it off and the money to get it done. William Thaddeus Phillips died of cancer in 1938 and William Henry Long took his own life on November 27, 1936. 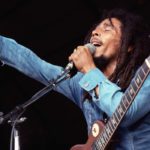