Audrey Kathleen Hepburn-Ruston was born on May 4, 1929 in Brussels, Belgium to an aristocratic family. Her mother was the Dutch Baroness Ella van Heemstra (1900-1984) and her father was Joseph Victor Anthony Hepburn-Ruston (1889-1980), a handsome Englishman who didn’t have a career but enjoyed the luxuries of mingling with the upper class. Joseph’s maternal grandmother’s maiden name was Hepburn. In Brussels, the law considered Audrey’s heritage to be English (by her father’s lineage), and therefore she was always considered to be a British citizen.

Audrey had the advantage of attending private schools, but her life wasn’t always easy. Her parents married in 1926 and divorced in the mid-1930s, after which her father became estranged from the family. During World War II, she and her mother returned to her grandparents’ home in Arnhem in the Netherlands. While living in Arnhem, Hitler’s army occupied the city and there was no getting out. During that time, she was known as Edda van Heemstra, because having a British-sounding name would have been too dangerous. She suffered from depression and severe malnutrition as a result of the war, which eventually rendered her unable to fulfill her childhood dream of becoming a ballerina. Her family struggled to stay alive. She witnessed cruelty and murders, including the executions of her uncle and cousins as they were put against a wall and shot. The family struggled with little water or electricity and they were often forced to eat tulip bulbs to stay alive. Hepburn’s mother worked actively for the Dutch resistance, including hiding people in their home.

After the war, Audrey went to London and set out to become a prima ballerina. She put all her efforts into the study of ballet, but was told that she was too tall, had started her training too late in life, and that due to her lingering health issues, she would never live out her childhood dream. She searched for other work and landed a job as a dancer on the London stage and began a modeling career. As for acting, she got her first small part in the European film Dutch in Seven Lessons (1948). This led to a few more small roles, and she decided to move to the US to pursue her career. Once here, Audrey starred in the Broadway production of Gigi. She then landed the lead opposite Gregory Peck in the romantic comedy Roman Holiday in 1953, for which she won the Oscar for Best Actress. Hepburn had a “wholesome” appeal and exuded the 1950s innocence to which movie fans related. Audrey met actor Mel Ferrer and they got married in September 1954. Several more hit movie roles came for Hepburn, including her iconic role in Breakfast at Tiffany’s (1961). Audrey gave birth to her first child, Sean Ferrer, but in 1968, the marriage to Ferrer ended in a bitter, drawn-out divorce. She married Dr. Andrea Dotti in 1969, and gave birth to her second son, Lucca Dottie; she divorced Dotti in 1981. Although officially “retired,” she continued to act occasionally until 1989 when Always, her last film, was released. From 1980 on, Hepburn was romantically involved with Robert Wolders, a Dutch actor, and she called her time spent with him the happiest years of her life.

“I myself was born with an enormous need for affection and a terrible need to give it,” she repeated more than once. Audrey proved this by searching for her father during the 1960s through efforts with the Red Cross in Ireland. After locating him, she took care of him financially until his death in 1980.

Audrey’s image was always well protected, and many aspired to achieve the same level of perfection that was associated with being Audrey Hepburn. Although, how many fans just glazed over the fact that her role in Breakfast at Tiffany’s was that of a prostitute? She lit up the screen and looked absolutely polished, and moviegoers were captivated. But in truth, her life wasn’t enchanted. She had her ups and downs much like everyone else. In 1988, she was named as a special ambassador to UNICEF, where she helped children worldwide until her death in 1993. Her experiences and poverty suffered during the war proved to be an inspiration for her work with UNICEF.

In September 1992, Audrey began to complain of abdominal pain. In November, she entered Cedars-Sinai Medical Center in Los Angeles and was diagnosed with abdominal cancer that originated in her appendix (pseudomyxoma peritonei). Pseudomyxoma peritonei is a rare form of cancer with fewer than 1000 cases diagnosed in the US annually. Hepburn underwent surgery and chemotherapy, but the cancer had progressed too far to be fully removed. Her family decided to take her home to Switzerland, where she celebrated her last Christmas. She died there peacefully on January 30, 1993.

Audrey Hepburn continues to be an inspiration with regard to fashion and style, as well as a wonderful representation of a true humanitarian. The Audrey Hepburn Children’s Fund continues her mission to support organizations around the world that improve the lives of children. Audrey Hepburn was far more substantive than the beautiful girl in that perfect black dress. 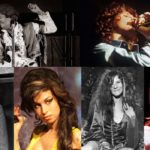