Gone are the days when going out to a bar or club was the most popular way to find romance. In this day and age, it’s not surprising that one-third of couples getting married in America meet online. On Match.com, for example, love seekers can sort through the profiles of hundreds of singles in their area, detailed with photos, stats, hobbies, and more, and if a mutual connection is made, arrangements are coordinated for a date. But what if you could employ the same concept of online dating to marriage? In fact, you can. International dating websites such as RoseBrides.com offer their services to help men find wives from all over the world, or in other words, modern-day mail-order brides.

The term “mail-order bride” was coined in the 19th century during the California Gold Rush. While men found financial success working out West, most women remained living back East, leaving the men yearning for the company of a wife. As an attempt to attract women, the men wrote letters to churches and published personal advertisements in magazines and newspapers. Women would respond to the personal ads by sending photographs, and correspondence was carried out by letter until a woman agreed to marry a man she had never met. Many of the women wanted to escape their daily lives for financial security while others sought marriage to combat loneliness. Mail-order brides of the West were considered heroes for making marriage possible for frontier men and ensuring the survival and success of the community. Although the practice sometimes produced horror stories, many mail-order brides lived happy lives and the West evolved into a landscape of towns with homes, churches, and schools. Asian men who worked overseas in America during the 1800s also found marriage through the mail-order bride system as a result of anti-interracial marriage laws of the time.

Believe it or not, mail-order brides still exist today, but the rules have changed a bit to keep up with modern times. Most modern mail-order brides are from Eastern Europe, Latin America, and Asia, while the men are typically from Western Europe and North America. There are a few ways a woman can go about becoming a modern mail-order bride. When a woman seeks to marry a foreigner, she can provide an international matchmaking agency or dating website with photos, measurements, personal information, and a description of what she wants in a husband to be published to a database. Men are charged a membership fee and sort through the women’s profiles while searching for a potential bride. The men are then able to correspond with the women of their choosing, and the women may respond if they feel it is a good match. Another way a woman can become a mail-order bride is by attending an event for such a purpose. Women dress up in their finest dresses and ball gowns to mingle with men who have travelled to a foreign country to find a wife. When a mutual match is finally made, the couple-to-be usually meet a number of times before actually getting married, and when the time comes, the bride relocates to live with her new husband.

But it’s not all fairy tale endings for mail-order brides. While some end up happy in their new lives, others may end up in abusive marriages. Some men, who make themselves out to be like Prince Charming in the beginning, turn out to be cold and distant after the marriage is finalized. Ukrainian mail-order bride Oksana Makarova had one of those experiences. Makarova’s husband, a doctor from Florida, became controlling once she moved to America with her son. She was only allowed to call her family once a month for 10 minutes at a time and her e-mails were controlled by him. Makarova’s husband wouldn’t let her get a driver’s license and he didn’t even let her leave the house on her own. When she tried to get out of the marriage, he would threaten to deport her son. Makarova has since escaped the nightmare and is now living happily in Kentucky with another man, but not everyone is as lucky.

The mail-order bride industry today, which is unregulated, has been criticized for its exploitation of women, creation of immigration problems, and its tendency to foster domestic violence. Women who wish to become mail-order brides are cautioned to be careful about whom they are meeting, as most matchmaking organizations do not screen their male clients. 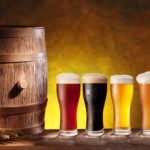