We’ve all seen them—those small devices that look like a cross between a cigar and a fountain pen that when puffed, deliver a plume of smoke to people’s mouths while at the same time satisfying their nicotine craving. They’re electronic cigarettes and it’s not smoke that’s being inhaled, it’s water vapor. E-cigarette manufacturers tout that their products are much safer than traditional cigarettes and are even a way for smokers to kick the addiction. However, others argue that the e-cigs are not all that they are cracked up to be and are still harmful to a consumer’s health. So what’s the deal with electronic cigarettes? Are they safe or not?

E-cigarettes are battery-powered, cigarette-shaped devices that vaporize a liquid infused with nicotine to simulate the experience of smoking.When you puff on an e-cig, also known as “vaping,” an atomizer heats up the liquid inside of it and gives users the same sensations as smoking a real cigarette. Introduced to the public in 2007, the electronic devices don’t contain tobacco and come in a variety of flavors for the consumer to enjoy. They are used as an alternative to smoking cigarettes and, as a result, many e-cig users say that they were able to quit smoking cigarettes altogether. Sales for the devices exploded from $500 million in 2012 to $1.5 billion in 2013 and they are quickly gaining more popularity among the general public.

It’s well known that e-cigarettes lack the more than 4800 chemicals known to be present in tobacco cigarettes, but what’s really in them? Most e-cigarette liquids are composed of 3 main ingredients: propylene glycol and/or vegetable glycerin, concentrated flavor, and liquid nicotine concentrate.

Propylene glycol and vegetable glycerin are both common food additives. They are the synthetic liquid substances that produce the smoke-like vapor in e-cigarettes. According to the Agency for Toxic Substances and Disease Registry, propylene glycol is a substance “used by the chemical, food, and pharmaceutical industries as an antifreeze when leakage might lead to contact with food.” It is also “used to absorb extra water and maintain moisture in certain medicines, cosmetics, or food products.” Vegetable glycerin is used in many household products including lotions, shampoo, and toothpaste as a humectant. The FDA classifies both propylene glycol and vegetable glycerin as additives that are “generally recognized as safe.” That said, very little research has been done on the effects of inhaling the substances, as opposed to ingesting them or applying them to the body.

Each e-cig contains a different concentration of nicotine, depending on the consumer’s tolerance. It elevates mood, suppresses appetite, and stimulates memory, but experts are concerned that the side effects of inhaling pure nicotine have yet to be adequately studied. “We have no scientific data to show that nicotine at this concentration is safe,” says Dr. Deepak Saxena, an associate professor of basic science and craniofacial biology at the NYU College of Dentistry. It’s been said that nicotine alone, without the presence of tobacco, is no more harmful to the body than caffeine, but a new study suggests that nicotine can actually contribute to heart disease by speeding up heart rate and blood pressure. For years, doctors have known that smoking causes heart problems as well as lung problems, but were never exactly sure of why. Chi-Ming Hai, a molecular pharmacology professor at Brown University, believes the answer lies in nicotine. Hai exposed heart cells to nicotine and found that after 6 hours, podosome rosettes formed and ate through the tissue. The nicotine acted as “a kind of cancer of the blood vessel, which is waking up these cells and breaking them away from their surrounding matric [sic] and then migrating having an effect like it is almost like digging a hole through the wall,” he said. This means that while smoking an e-cigarette may reduce a person’s risk for lung cancer, doing so may not be as effective for reducing heart disease.

The FDA claims that some manufacturers may not disclose all of the chemical ingredients in their e-cigarettes. A team of investigators at television station ABC15 in Phoenix analyzed 2 brands of e-cigs using a smoking machine and a specialized microscope to uncover what is really in them. They found that the vapor of the first brand was mostly composed of tin, with oxygen, copper, and nickel. So much metal was in the vapor that it even created pellets. “These particles are so very small they go from your lungs straight into your blood stream, and carry the toxic chemicals into your blood, and then appear in various organs,” said Dr. Stanton Glantz, a professor at the University of California in San Francisco. The second brand did not show any signs of tin, but the lab found concentrations of copper.

Now that we know what is typically in e-cigarettes, how do they stack up against their tobacco counterparts? It goes without saying that the main selling point e-cigs have over tobacco cigarettes is that there is no combustion involved, so they don’t contain smoke. Tobacco smoke contains over 4800 chemicals, 69 of which are known to cause cancer. Many also complain about the smell of tobacco cigarettes, but e-cigs don’t give off a distinctive odor. Both smokers and nonsmokers have reported that the smell from an e-cig is either nonexistent or pleasant, due to the many flavors they come in. E-cigarettes can also help traditional cigarette smokers quit. In a study of 40 tobacco-dependent smokers, e-cigarettes alleviated the desire to smoke and were more like a Nicorette inhaler than tobacco. Another study of 50 smokers concluded that e-cigarettes dramatically decreased the consumption of cigarettes without causing withdrawal symptoms.

While at first glance e-cigarettes seem to be the answer to kicking the habit, making the switch may simply be swapping one addiction for another. There is not enough research on e-cigarette use and its long-term effects, so no one is completely sure how harmful they really are. The FDA is studying the devices and their effects, but experts say it will likely take years before any conclusions are made. The FDA website states that “E-cigarettes may contain ingredients that are known to be toxic to humans, and may contain other ingredients that may not be safe.” Also, since e-cigarette manufacturers are not required to submit clinical study data to them, the public has no way of knowing “whether e-cigarettes are safe for their intended use, what types or concentrations of potentially harmful chemicals are found in these products, or how much nicotine they are inhaling when they use these products.”

There is also concern that e-cigarettes may encourage teenagers to experiment with real tobacco products. England and Ireland have already banned the use of e-cigarettes for people under the age of 18, while a Long Island school district banned the devices on campus, and more bans for young people are likely to come. In addition, Chicago and New York City have already banned e-cigs everywhere tobacco smoking is banned.Electronic cigarettes are the cigarettes of the 21st century and everyone seems to have a different opinion on them. However, until the proper studies have been conducted on their use, there is no adequate conclusion regarding their safety. For now, it’s a “buyers beware” market. 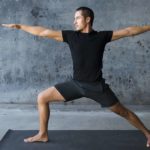