It sounds like a joke: a mom telling her teenage daughter to “Please shut off that music; it’s torturing me!” Or dad chiming in: “Turn it down, son; you’re killing me with that racket!”

But an article in the Journal of the Society for American Music, written by a musicologist at New York University, reported how music was used as an interrogation technique to torture and intimidate detainees at Guantanamo Bay, Cuba. In an effort to gather military intelligence, prisoners from Afghanistan and Iraq were exposed to eardrum-shattering levels of music, played over and over again in confined spaces in order to mentally break them down.

The report went on to reveal that this type of tactic has become standard practice by our military. The technique is now part of our military’s tool kit to help gather critical information to assist America’s war on terror.

Here’s a quick sampling of the tunes used, and why they were selected to weaken the will of our enemies.

Used to intimidate our opponents by showing the pride and love of country, songs like Bruce Springsteen’s Born in the USA are a big hit with military interrogators.

Dirty, by Christina Aguilera, was employed because of blatant sexual references, utilized to shock members of a culture that considers sex taboo and forces their women to conceal themselves in public.

An obvious choice. Loud, pounding, and repetitive, the heavy metal songs of AC/DC are used to disorient and increase the vulnerability of listeners.

Even songs from children’s television shows have been used to numb prisoners into giving up information. This includes being forced to listen to Barney the purple dinosaur singing his TV theme song I Love You.

So, depending how you play out the scenario, it seems like music has the power to soothe one’s soul—or break it! 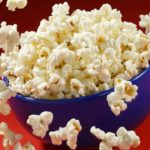