It’s that special time of year again for Apple fanatics. With the arrival of fall comes a new iPhone and iOS release. Having been announced at the Worldwide Developers Conference (WWDC) in June, iOS 8 is currently only available to a select few developers, but come September 9, it will be made available to the public. Each iOS release brings new innovations that improve the usability of iDevices; iOS 8 is no different. Some of the big highlights of this release focus on the shared experience and integration of Apple’s products into the day-to-day tasks of users.

Apple has updated the Photos app, bringing sweeping changes to how pictures are managed by both the device and within iCloud. Photos are consistently made available to every iOS device tied to a specific iTunes account. The Photos app also brings improvements in management, making it easier to locate specific pictures and album entries. The Photos app also provides a more robust editing tool, allowing users to quickly enhance those on-the-go pics in real time, and changes can be seen across all devices. Another nice addition is the option to hide certain photos, albums, or events from prying eyes. By simply holding your finger down on an image, an option to hide it is made available.

Also announced at the WWDC is HomeKit. HomeKit will allow developers of smart home products to provide their devices with more integration with Apple’s mobile operating system. Using a secure network protocol, third-party smart home gadgets such as smart locks, lights, cameras, thermostats, plugs, and garage door openers could be controlled by your iOS 8-powered devices. The security protocol will allow only those configured iDevices the ability to perform these tasks, and it’s possible that once your iPhone is detected by a smart home security system, it could automatically open doors, and turn on the lights. Those who utilize Siri will be happy to know that HomeKit integration will provide Siri the ability to control those devices at your command, offering the ability to dictate voice commands that will trigger Siri to turn off lights if you’re going to bed.

The iOS keyboard, long a favorite of many for its “just right” feel, is receiving a significant update. The predictive text engine has reportedly been overhauled, offering better predictions, and now the keyboard offers QuickType. QuickType, or swiping, has been available on Android devices for quite some time, allowing users to draw the word they want, moving from one letter on the keyboard to the next. Whereas this feature might seem awkward at first, it will become second nature for many. One-handed text replies and note taking will be even easier to perform once one acclimates to it.

During WWDC, Apple introduced Family Sharing, which allows up to 6 people to share data and purchases among themselves as long as the payment information is the same on all 6 accounts. This is a significant change because a user no longer needs to have his or her family all signed into one single iTunes account to share purchased apps. Now, users with separate iTunes accounts can share the app with other members for no additional fee. So if you purchase an app on an iPad or Mac device, your other family members will also be able to enjoy the same app on their personal Apple devices at no additional cost. Apps on the iTunes store will have labels indicating whether they are Family Sharing capable.

iOS 7 brought forth significant changes to the notification center for iDevices. iOS 8 takes things a step further by now allowing users to respond to messages that are received without having to launch the messaging app on the device. With a simple swipe gesture, a text box will appear below the received notification and allow responses to be sent without having to exit an app to switch to messenger. This will allow a more seamless and uninterrupted experience for those who might be reading a book, watching a video, or playing a game.

iMessage introduced text over Wi-Fi, offering savings for many users who may have a limited text plan or no plan at all. Now iOS 8 brings Wi-Fi calling, allowing users to make calls without dipping into their plan’s minutes. For now, it appears this feature is only available for T-Mobile subscribers, but it may make its way to AT&T, Verizon, and other handset carriers in the future.

Continuing with the trend of breaking away from Google products and services, Apple has reportedly set the default search provider for Spotlight to Microsoft Bing. Additional improvements with the Spotlight app concern how and what it can search. Originally restricted to contents of the device, Spotlight can now retrieve results for movie show times, flights, and more, essentially providing a portal for users to manage and plan events.

Among other improvements to Siri comes Shazam integration. This feature may prove to be a significant boon for many users. Ever hear a tune that you like but can’t remember the artist or the song name? No worries; Siri has you covered. Ask Siri: “What song is playing?” and, after a few short moments, a result will appear thanks to Shazam.

Shopping online has its perks and downfalls, the biggest of which is constantly having to enter your credit card information for purchases. To help streamline this process, Apple has integrated a scanner into the iOS 8 browser Safari. This allows users to scan their credit card during checkout to populate all the fields for billing. While this may save you time from having to manually enter this information, the manner in which this information is secured is yet unknown.

As with past updates, certain devices were not given the ability to migrate from iOS7 to iOS8. Sadly, the iPhone 4, a workhorse for many, has been retired from receiving updates. The iPad and previous-generation iPod touches are also missing from the compatibility list for this release. With product refreshes on the horizon, now might be a good a time as any to upgrade if you are still using those devices, as each iteration of the iPhone and iPad brings price discounts compared with the previous generation of products. 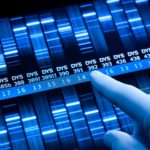 Which Epilepsy Panel Is Most Cost-Effective for Genetic Testing?