Gut fermentation syndrome, also known as auto-brewery syndrome or syndrome A and endogenous ethanol fermentation, is a rare disorder with few reported cases. Based on existing literature, it is more predominant in Japan than in the US, but even in Japan, it is extremely rare. A quick Internet search produces 341,000 results, with mostly media articles in the top 10 and, further down, lawyers soliciting their services for DUI offences. It’s interesting that most of the reports were about a single case that appeared in the International Journal of Clinical Medicine. Of course, sensationalism sells, and with headlines such as “Texas man’s ‘beer gut’ turns food into alcohol” and “Auto-brewery syndrome: man’s belly brews beer,” you can’t help but attract readers, but is it misleading? Based on the headlines alone, one may assume that beer bellies turn food into alcohol, or literally brew beer. What is it about this case study that has lawyers champing at the bit?

In 2010, a 61-year-old man was presented to a gastroenterology practice for observations because of a 5-year bout with unexplained ethanol intoxication. The episodes were so severe that in 2009 he was taken to the ER for acute alcohol intoxication. He had a blood alcohol concentration (BAC) of 0.371 g/dL, or over 4.5 times the legal limit for driving in most states. Prior to being admitted for observation, the patient’s personal belongings were checked for alcohol and he was not permitted visitors for a 24-hour period. A glucose tolerance test was performed, presumably to rule out diabetes, and he was tested for Helicobacter pylori and lactose and fructose intolerance. An esophagogastroduodenoscopy (EGD) and colonoscopy were performed, and stool samples were taken that tested positive for Saccharomyces cerevisiae. S cerevisiae is closely related to Candida glabrata, a common human fungus. C glabrata is the main culprit responsible for yeast infections and incidences of thrush. However, S cerevisiae is more commonly seen in baking, brewing, and wine making.

During the observation period, the patient was given a high-carbohydrate meal followed by a glucose challenge. Blood was drawn to establish a baseline BAC and was repeated every 2 hours to monitor change. A Breathalyzer was also administered every 4 hours. According to the report, at one point during the afternoon, the patient’s BAC inexplicably rose to 0.12 g/dL. It was determined that a regimen of antibiotics from 2004 destroyed existing bacteria and allowed S cerevisiae to propagate in his lower intestine. He was given antifungals for S cerevisiae and was also prescribed Lactobacillus acidophilus to recolonize his intestinal bacteria. The treatment lasted 10 weeks and he was symptom and fungal free upon conclusion.

With respect to this particular study, there is no mention about what techniques were used to determine blood alcohol levels besides a Breathalyzer and blood tests. Breathalyzers are typically used as a screening device and blood tests may also be inaccurate depending on the methods. A quick, general review of BAC and ethanol fermentation will be helpful in understanding certain limitations about this report.

BAC is represented in mass/volume. Therefore, if you were pulled over, asked to take a Breathalyzer test, and you blew a 0.08, the legal intoxication limit in most states, that number is assumed to be 0.08 g/dL BAC. Simply put, if you took 1 liter of whole blood, and removed approximately 1 gram of plasma/blood and replaced it with 1 gram of ethanol, essentially, that liter of blood would now contain 1 g/L, or 0.1 g/dL, of ethanol.

Ethanol is hydrophilic and is readily dispersed in water. Once ethanol makes its way into the bloodstream, it is evenly dispersed throughout the water volume in one’s body. So in effect, BAC is a representation of alcohol in one’s body, not just in the blood.

Many things can affect BAC: age, gender, muscle, diet, metabolism, disease, gastric emptying, and the rate or method of delivery. With regard to age, gender, and muscle, the variation excluding metabolic differences is mainly based on differences in relative water volume. Men have more muscle and body mass than women and therefore have more water volume; the same can be said with regard to age. A 25-year-old male and a 60-year-old male may weigh the same, but the 25 year old has more lean muscle mass than the 60 year old and therefore more water volume.

Rate and method of delivery are extremely important factors determining BAC. It’s no secret that the faster people drink, the quicker they become drunk. It’s also common knowledge that if they eat certain foods they can drink longer, and that’s largely due to the slowing down of gastric emptying into the small intestine, where the majority of alcohol (80%) is absorbed. Method of delivery has a dramatic effect on BAC. It is possible to directly inject alcohol into one’s bloodstream. In cases where alcohol is immediately absorbed into the bloodstream, there will be an immediate rise of BAC, later followed by a leveling of BAC as the ethanol distributes itself to surrounding tissue. Outside of some experiments to stop premature labor in the mid-20th century, intravenous ethanol has not been commonly used. However, vaporizing and alcohol enemas have been used recreationally. Both methods deliver ethanol directly into the bloodstream. Both bypass the first-pass metabolism that is responsible for degrading roughly one-sixth of alcohol into inert compounds. And both can cause an individual’s BAC to spike, approaching dangerous levels and allowing no time for normal metabolic pathways to remove any of the alcohol. Typically, alcohol is constantly removed from one’s system. In men, it is at a rate of roughly 0.017 g/hour, and for women, it’s about 0.015 g/hour. Vaporizing and alcohol enemas, or butt-chugging, as it is commonly referred to on college campuses, don’t allow for this process to happen and can result in coma or death.

At the heart of this case study is the fact that this individual fermented enough glucose to result in a level of intoxication 1.5 times the legal limit. Is it possible? Let’s explore the age-old process of fermentation. We know he was afflicted with an intestinal overgrowth of common brewer’s yeast. We also know how brewer’s yeast works. So it is simple math.

A glucose molecule (C6H12O6) consists of 6 carbon atoms, 12 hydrogen atoms, and 6 oxygen atoms. Essentially, after bonds are broken, the results are 2 molecules of ethanol and 2 molecules of carbon dioxide, or 2C2H5OH + 2CO2. The equation looks like this:

Finally, because CO2 is typically a gas under normal conditions, we need to convert it into liters. The specific density of CO2 is 1.97 g/L, so we have to divide our product (23 g of CO2) by its specific density. The result is around 12 L of gas at standard temperature and pressure.

Can Endogenous Ethanol Production Cause Intoxication?

Gut fermentation syndrome is rare, and the literature is limited. However, there have been several accounts of endogenous ethanol intoxication. In the majority of cases, the causal agent was Candida albicans. In 2 interesting cases of minors with this affliction, aged 3 and 13 years, both had short bowel syndrome and thus difficulties in absorbing nutrients. With the exception of a few Japanese studies, details about methodology is lacking, thus make it impossible to determine how blood samples were handled and assessed. Gas chromatography is the gold standard in this regard. Other methods such as the Widmark method (wet chemical potassium dichromate oxidation) have been shown to be off by a factor of 10. Breathalyzers are primarily used as a screening tool and can detect the presence of alcohol, but they are not accurate in assessing BAC.

Everyone produces small amounts of endogenous alcohol. Typically, it is produced and then rapidly removed from our systems through enzymatic activity via alcohol dehydrogenases (ADH) and acetaldehyde dehydrogenases (ALDH). Some individuals may be genetically predisposed to the intoxicating effects of alcohol due to faulty ADH or ALDH enzymes. This condition is commonly referred to as alcohol flush, or sometimes as Asian flush syndrome, due to the disproportionate number of Asians with one or more of these mutations. Approximately 36% of East Asians (Japanese, Chinese, and Koreans) may have one or more faulty enzymes. It may be due to these morphologies that Japanese literature was among the first to present case studies examining intoxication and gut fermentation syndrome. It is also important to note that with regard to the 2 minors who displayed intoxication symptoms, far less alcohol needs to be introduced to raise BAC to levels where one may notice symptoms, compared with a 61-year-old male.

As mentioned earlier, the case study did not mention how the blood was tested, just the time frame in which it was. Also, between tests, there was no report of a gradual increase in BAC, only that it rose to 0.12 g/dL. One has to infer that in a time frame of 2 hours, the patient’s BAC went from 0.0 to 0.12 g/dL. Therefore, he would have needed to produce more than 24 g of ethanol per hour to achieve that BAC level. If you take into account that the average person passes about 0.5 L of gas a day, this individual would have to pass approximately 24 L in that 2-hour span. That’s approximately 50 times the amount of gas in an entire day but in a period of only 2 hours. However, there were no reports of abdominal distention, stomach pains, or excessive flatulence.

Endogenous alcohol production has been used as a defense in 4 separate cases in the UK but to no avail. Gut fermentation syndrome and its intoxicating effects, if any, need to be studied further. However, in order to ascertain if intoxication may result from this disorder, stricter monitoring, screenings, and effective methodologies must be implemented. Finally, there is the question of whether it is even possible. Based on this case study, intoxication may be possible but it is highly improbable. It is more likely that it was a false positive, such as in cases of hypoglycemia and acetone breath that were falsely identified as ethanol. There are numerous reasons as to why there may have been a false positive, and the case doesn’t supply stringent-enough methodologies to rule them out. This is a case of hearing hoof beats and desperately trying to find the zebra. 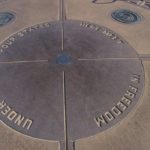 Clues to an Old World Mystery From a New World Disease