Once known as the Royal Disease, hemophilia B is a rare bleeding disorder that stems from a defect in a specific clotting factor: factor IX. Factor IX, or F9, is a specialized protein needed in the coagulation cascade and the formation of a stable fibrin clot. Hemophilia B was once called the Royal Disease because Queen Victoria of England passed the factor IX mutation through several royal families in Europe. It is inherited in a recessive, X-linked fashion. Because of its mode of inheritance, males are primarily affected and become symptomatic, whereas females are mainly carriers. Queen Victoria’s eighth child, Prince Leopold, Duke of Albany, was a hemophiliac and died as a result of this disease at the age of 31. One may say that Queen Victoria was the Royal Disease’s patient zero. Two of her five daughters, Alice and Beatrice, inherited the defective gene and became carriers like their mother. Beatrice passed it into the Spanish bloodline and Alice passed it into Russian and German bloodlines.

The affected Russian bloodline ended violently in 1918 when the Bolsheviks seized power and executed the entire Romanov family. However, stories about two children surviving persisted for years. Anastasia and young Alexei, who was a hemophiliac himself, were said to have survived and escaped Russia. In 2009, however, DNA testing of skeletal remains from a shallow grave near Yekaterinburg put to rest the stories of their survival. It has been suggested that if not for Alexei Romanov’s affliction and Rasputin’s influence on the royal family, the Tsar dynasty may have continued.

Accounts of bleeding disorders date back millennia. It was considered to be an inherited condition centuries before modern medicine even recognized hemophilia. One of the earliest records detailing the nature of hemophilia comes from Moses Maimonides in the Mishneh Torah. In it, he suggests a maternal mode of inheritance:

Well respected by his peers, Maimonides practiced medicine around 1170 AD and became the head physician to the Sultan of Egypt in 1174. During his time in Egypt, he wrote his greatest masterpiece, the Mishneh Torah. In it, he reconciled both the religious and scientific aspects of his nature. He believed that illness prevention and a healthy lifestyle were more than medical necessities; they were religious commandments. He questioned medical and religious precepts, such as circumcision. The Mishneh Torah is a major part of the Talmud, and the Maimonides passage about hemophilia was further defined by Rabbi Joseph Karo in the 14th century, who stated, “…there are families in which the blood is loose.” Without modern diagnostics, Rabbi Karo suggested a central problem associated with hemophiliacs—that, in some families, the blood doesn’t coagulate properly.

For other than von Willebrand disease, hemophilia was thought of as a singular disorder stemming from a specific globulin. The scientific community understood that hemophilia was passed down in a recessive, X-linked manner. However, they thought that the root cause was from a malfunctioning or absent globulin, the antihemophilic globulin. This belief was accepted dogma until December 27, 1954. On that date, a new disorder called Christmas disease appeared in the British Medical Journal. In the report, 7 patients presented with hemophilia-like symptoms and genetic features. Four patients had normal levels of antihemophilic globulin but recorded extremely low levels of thromboplastin formation due to some unknown factor that was dubbed the “Christmas factor.” The report makes a clear distinction between “true hemophiliacs” and Christmas disease.

What was once considered true hemophilia is now known as hemophilia A, and the associated antihemophilic globulin is the factor VIII protein. Essentially, the FVIII or F8 gene is a protein-encoding gene that creates a blood-clotting protein of the same name. Christmas disease, which is really hemophilia B, is caused by mutations in the F9 gene, resulting in a poorly functioning factor IX protein (Christmas factor). Hemophilia A occurs in about 1 in every 5000 to 10,000 male births, while hemophilia B appears in about 1 in every 35,000 male births. The Centers for Disease Control has created a database identifying mutations in the F9 gene, and presently there are 1095 unique mutations that can cause hemophilia B. The overwhelming majority of mutations are point mutations.

There are 2 basic pathways in the coagulation complex: intrinsic and extrinsic. The extrinsic pathway is associated with the point of injury; the release of factor III or tissue factor (TF), and the formation of a platelet plug and ultimately a stable fibrin clot. In individuals with hemophilia A, problems with F8 (an important cofactor within the intrinsic pathway) lead to the bleeding disorder. TF binds to F7 and in turn activates F9 and F10.  F10 acts upon F5, creating prothrombinase, and prothrombinase acts upon factor II or prothrombin, ultimately forming thrombin, activating platelets, and creating a stable fibrin clot. F8 is acted upon by thrombin, F9, and binds to the von Willebrand factor (a stabilizing protein). This aspect creates a positive feedback loop, producing more F10 and prothrombinase. Factor 11 also has a role in this feedback loop by amplifying the production of activated F9. However, in individuals with hemophilia B, dysfunctions in F9 protein limit its ability to bind to the F8 and F10 proteins, essentially short-circuiting the coagulation complex. This is why, in 1954, Christmas disease was considered a new disorder. When the antihemophilic globulin was given to patients with hemophilia B, bleeding continued and ceased in “true hemophiliacs.”

Over time, hemophiliacs may suffer damage to joints and surrounding tissue due to bleeding into those cavities. In the mid 1900’s, the only way to treat hemophilia B was by infusing patients with fresh frozen plasma. However, because there were such small amounts of the needed F8 or F9, massive amounts of plasma had to be used, and joint damage was still common. In the late 1960’s, scientific advancements allowed for the separation of F8 and F9, and those concentrates could be freeze-dried for use as needed. With this advancement, hemophiliacs had much better outcomes and experienced more freedom than ever before. Much of that changed in the 1980’s. During that time, it was discovered that blood-borne diseases such as AIDS could be transmitted via plasma-derived products. That is exactly what happened to Ryan White.

Ryan White was born with hemophilia, and he needed regular transfusions to keep the disease in check. At age 13, during a routine transfusion, he contracted HIV and soon became the poster boy for AIDS awareness. After he contracted the disease, and once his status became known to the residents in his home town of Kokomo, Indiana, he was banned from attending public school. In 1985, he fought the school district in court and won the right to attend school. Still, prevailing fears, stigma, and uncertainty about HIV and AIDS were too overwhelming in Kokomo. In 1987, his family packed up and moved to Cicero, Indiana, where they were accepted. In 1990, at the age of 18, Ryan lost his battle with AIDS, but his courage changed how many in the United States and the world viewed the disease.

Before Ryan, President Reagan and much of the media ignored AIDS. They downplayed it as a gay disease, and the rhetoric was rife. In fact, Dr. C. Everett Koop, Reagan’s surgeon general, attributed politics as the reason he was cut out of national health discussions concerning AIDS, saying, "Because transmission of AIDS was understood to be primarily in the homosexual population and in those who abused intravenous drugs." Advisors to the president took the stance that “They are only getting what they justly deserve." In 1987, after Ryan White’s plight gained national attention, President Reagan made his first public address about AIDS—roughly 6 years after his administration was made aware of the disease. By that time, nearly 30,000 people had died and HIV/AIDS had spread to 113 countries.

The cost of clotting factors is typically the most expensive aspect of the disease, and this has spurred debate over the best method to handle spiraling health care expenditures. Clotting factors account for about 70% to 82% of the total health care expenditures of hemophilia patients. The median annual cost for a patient with hemophilia is roughly $73,548. If that patient has an inhibitor, costs skyrocket, with an annual median cost of about $330,835. In general, children with an inhibitor have higher associated costs than adults. Children have a median cost of about $461,527 annually compared to $176,218 for an adult counterpart. The cost of factor can be so exorbitant and lucrative that recently Alabama brought criminal suits against several defendants, alleging Medicaid fraud. In that suit, 2 out of the 5 defendants were acquitted.

Advancements in treatment have given hemophiliacs greater freedom and improved quality of life. There is a growing market for hemophilia products, and it is estimated that the global market will grow from $8.5 billion in 2011 to about $11.4 billion by 2016. It is big business, with new, long-acting factors being investigated and gene therapies that may one day cure this age-old disease. 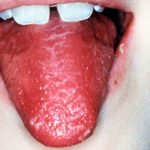 A Disease Scattered to the 4 Winds