Gatherings to celebrate the eight days of the Jewish holiday, Hanukkah, typically center on several traditional dishes, including latkes (potato and onion fritters), sweet noodle kugel, brisket and sufganiyot (jelly donuts). For those who wish to serve wine to family and friends, certain varietals pair nicely with some of the beloved holiday’s traditional dishes. Here’s a guide to get you started on wine pairings for your Festival of Lights meals.

Chag Sameach to all!

—Jack Sonni, writer, musician and food lover, known as the “other guitar player” in Dire Straits

Latkes, a Yiddish word that translates roughly to “little oily thing,” are potato and onion fritters. These crispy treats are served with applesauce or sour cream and cry out for the bright profile of unoaked chardonnay or a nice sparkling wine. Kendall-Jackson Avant Chardonnay, with notes of citrus, apple and tropical fruits, is a widely available and delicious, yet inexpensive, choice. For bubbles, I’m a big fan of J Vineyards & Winery Sonoma’s Cuvée XB Extra Brut NV. As pairings, both wines make for a great contrast to the flavors found in latkes.

Brisket, oven-braised slow-and-low beef, is the centerpiece of this holiday’s meals. The richness of the beef pairs nicely with a full-bodied syrah or the medium fullness of a sangiovese.

Syrah, known as shiraz when produced in Australia, carries dark fruit, chocolate and pepper notes that will enhance the flavors of the brisket, especially those in a tomato-based braise.

Sangiovese, which is a bit less bodied than syrah, highlights similar flavors. Ask your local wine store guru for shiraz from the Barossa Valley region. Some fine sangiovese, while generally Italian, are being produced in the U.S., Napa and Sonoma being the obvious regions. Ferrari-Carano Vineyards & Winery in Dry Creek Valley is an excellent choice and widely distributed. Ryme Cellars, a small producer in Forestville, California, also makes fantastic limited production wines, well worth searching out or ordering direct.

This baked noodle dish has many variations and is a blank canvas for family recipe twists but is generally comprised of egg noodles, sour cream and cottage cheese, with cinnamon and vanilla. Here, a dry Austrian riesling or the wonderful lesser-knowns Greek assyrtiko or Spain’s albariño wines pair beautifully. All these varietals offer a lovely contrast to the creamy mouth-feel of the cheeses while accentuating the spice in the dish.

Jelly donuts say “Bring on the big, jammy zinfandels, please!” This bold, fruit-forward varietal is a great choice here. Go Sonoma County’s Dry Creek Valley or Alexander Valley wineries, such as Seghesio Family Vineyards, or one from the zin pioneers known as “the three Rs”: Ridge, Rosenblum or Ravenswood. 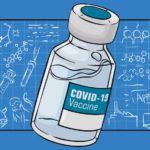