Life for medical professionals is stressful during the best of times. This past year — yes, it has been almost one year since the COVID-19 pandemic began — has been exponentially more so. Despite the extra demands placed on everyone, finding time to wind down, relax and recharge and maintaining a healthy, thoughtful approach to self-care is of utmost importance. Eating well has to be an integral part of such a regimen. Like so many, I’m a bit worn out and tired of cooking every night, but when I approach it not as a chore but with a carefree attitude, the time spent preparing a meal can be an oasis of calm in a turbulent day.

What’s a carefree attitude in the kitchen? Think like a jazz musician! Jazz is an improvisational art form based on a fairly simple idea. Start with the chord progression of a universally popular song, such as “I’ve Got Rhythm,” and improvise on the structure — going wherever the muse takes you.

This approach is totally different than classical music, in which musicians read scores that tell them exactly which notes to play and when. In cooking, such an approach would be akin to following a complicated recipe to the letter. A total stress fest in my mind!

The quick and easy prep and cleanup recipe here is one that is built on a simple idea and set of parameters. One large skillet, rice, a protein and veggies — skillet jazz improvisations, if you will. The only real rule is to observe the correct ratio of rice to broth (or liquid of your choosing).

Recipes are guidelines, just like scales in music are the means and not the end. Cook to your tastes. Forget the rules you’ve learned and just play from the heart. Taste as you cook. Listen as you play. And most of all, have fun. It’s your kitchen, not an Iron Chef competition or a Michelin star restaurant. So cook for yourself and your loved ones. Don’t like mushrooms? Leave them out! Use edamame or whatever your fave veggies are. A cup of peppers doesn’t look like quite enough? Add some more! Frozen works fine, tastes great and makes life easier. I often cook by color, using veggies that have a variety of hues to brighten up a dish.

That’s the beauty of jazz. Take a simple song like “I’ve Got Rhythm” and make it your own.

—Jack Sonni, writer, musician and food lover, known as the “other guitar player” in Dire Straits 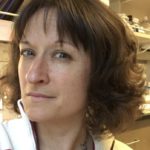 When COVID-19 Misinformation Began to Spread, This Pulmonologist Became a Social Media Activist