How Do Disparities in the Physician Workforce Affect Patients? - Medical Bag

The Role of Underrepresented Physicians in Patient Care

According to a 2018 report by the American Association of Medical Colleges, patients tend to be more satisfied with their care and are more adherent to medical advice when they can relate to their healthcare providers’ life experiences — an effect commonly seen in relationships between providers and patients who belong to the same racial, ethnic, and sexual minorities. Despite this, female physicians, those from racial or ethnic minority groups, those of sexual or gender minorities (LGBTQ+), and those with disabilities tend to be underrepresented. It follows that patient care might not be optimal if female or minority physicians leave the medical field.3

Physicians who are women account for less than half (35.2%) of the active physician workforce, although the proportion of women physicians “varies dramatically by specialty,” the authors of the study note. For example, a greater percentage of women than men practice pediatrics and obstetrics and gynecology (63.3% and 57.0%) vs orthopedic surgery, where only 5.3% of physicians are female.

In addition, the authors noted that in some studies, the treatment outcomes of physicians who are women were found to be superior to those of men, particularly in caring for patients with complex psychosocial issues and those who require extensive preventive care and counseling.  (Table 2)

Table 2. Contribution of Women to the Delivery of Medical Care

It has been shown that patients from minority groups may be more likely to choose a URM physician when possible, and are often satisfied with their care when it is provided by a URM physician.1

URM physicians are also more likely to practice in the primary care field, to treat minority and vulnerable patients (including patients from communities with lower socioeconomic status), and more likely to see patients receiving Medicaid.1

The authors note that although 18% and 13% of the US population identify as Hispanic and African American, respectively, only 4% of physicians are members of either of these groups.1 This figure is particularly “concerning,” given the anticipated increase in the number of Hispanic and African American patients. This, combined with improvements in accessing medical insurance, will increase demand for all physicians, including those belonging to minority groups.1

LBGTQ+ physicians have historically played a “crucial role” in managing health crises (eg, the HIV/AIDS epidemic). However, there is “sparse” information regarding the actual number of US matriculated medical students who identify as LGBTQ+, although 7.7% of 14,254 voluntarily identified as LGBTQ+.1

“Given projected physician workforce shortages, the need for a more diverse workforce and the increasing number of American patients self-identifying as LGBTQ+, there is a need for more LGBTQ+-competent physicians,”1 the authors state.

One-fifth to one-quarter of the United States and global adult population have some type of disability (including impairments affecting hearing, vision, cognition, mobility, self-care, and/or independent living).1 Despite these sizeable numbers and that the prevalence of disability is rising, less than 1% of matriculated medical students have mobility or sensory impairments.4 Robust research describing the prevalence of disability among medical trainees and practicing physicians has been “limited by incomplete data, underreporting, and variable response rates among institutions, and recent analyses suggest that survey methodology may underestimate actual prevalence.”1

Beyond these 4 groups, many physicians have “intersectional identities,” meaning they belong to more than one minority or underrepresented group.

“Although it may be reasonable to assume that physicians with intersectional identities serve multiple groups of patients, either with singular or similar intersectional backgrounds,” the authors found no studies documenting this assumption. 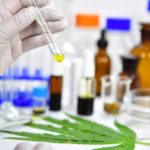 Understanding CBD: How to Advise Patients About Existing Laws, Clinical Evidence, and More