Against the recommendation of its own advisory board, the U.S. Food and Drug Administration recently approved a controversial new pain killer. It’s called Zohydro and it’s controversial because a single dose delivers 10 times the heroin-like narcotic found in traditional hydrocodone products. Zohydro is so strong that someone new to taking prescription opiate-based painkillers could overdose from just 2 capsules. The FDA’s own staff is saying that the drug will be heavily abused. In fact, Zohydro contains no abuse deterrent, so pleasure-seekers will be able to crush it, chew it, and mix it with alcohol to unleash its full potency.

In other words, this drug is going to kill people.

Vicodin is a combination of hydrocodone and acetaminophen

Like all prescription narcotics, Zohydro claims to have a medical purpose. According to its manufacturer, Zogenix, it has been specifically developed for patients intolerant to other types of narcotics such as morphine and oxycodone. For instance, Zohydro does not have the same side effects, as severe itching, that both morphine and oxycodone have. A hydrocodone product that contains acetaminophen, an abuse deterrent and the same ingredient found in Tylenol, already exists—it’s called Vicodin. Zohydro is unique in that it contains hydrocodone alone, in its purest form, with no addition of an abuse deterrent like the acetaminophen found in Vicodin. Despite an 11-to-2 vote by its own advisory panel against the drug’s approval because of the potential for addiction and abuse, the FDA approved Zohydro’s release in the fall of 2013.

Costa: “We are going to see more deaths.”

On their website, the makers of Zohydro claim it benefits patients with severe and chronic pain, and they include this warning: “Zohydro exposes users to risks of addiction, abuse, and misuse, which can lead to overdose and death.” Natalie Costa, who heads the local chapter of Fed Up!, a group of parents fighting opioid abuse in Orange County, California, is very concerned. “We are sitting on a time bomb that’s about to explode,” she warns. “It’s heroin in pill form—more dangerous than anything we have on the market right now.” Costa, who produced a documentary film about the prescription drug abuse problem in Orange County called Behind the Orange Curtain, is adamant about the drug’s potential to kill. Her fear is that “once Zohydro gets into the wrong hands, we are going to see substantially more deaths than one every 19 minutes like we have now in this country.”

While millions of Americans suffer, or know someone who is suffering, from severe chronic pain, their voices are rarely heard in the “opioid debate.” Many stories fail to mention them at all, and when support for patients is heard, it typically comes from politicians. Take the situation in New Hampshire, where 2 US congresswomen have added their voices to a growing mass asking the FDA to reconsider its approval of the powerful narcotic.

In March, Representatives Carol Shea-Porter and Anne Kuster expressed their concern in a letter to FDA Commissioner Margaret Hamburg. It stated that local law enforcement officials and medical experts were very concerned that Zohydro would amplify a growing epidemic of opioid addiction already exploding in New Hampshire, and across the country. They pleaded that the new drug was not tamper resistant, meaning abusers could crush the capsules and snort or inject them to get the maximum high. “As Northern New England faces one of the worst public health threats of our time, we urge you to use your authority to ensure that this highly abusive form of Zohydro does not further complicate the crisis that the Centers for Disease Control and Prevention already classifies as a growing epidemic,” the letter read. New Hampshire Attorney General Joseph Foster also joined the effort with 28 of his counterparts from other states to urge the FDA to rethink its position on Zohydro.

In October 2013, the FDA made it significantly harder for health care providers to prescribe Vicodin, Lortab, Oxycontin, and other very highly addictive narcotic painkillers. Most experts praised the move. However, less than 24 hours later, and with significant objections from within their own agency, the FDA approved Zohydro, a drug 10 times stronger than Vicodin.

Clearly, the issue at hand is the opiate epidemic here in the US. Whereas prescription pain medicines are big business, the number of prescription painkiller issues we currently face in our country makes people question how an opiate like this could have been approved by the FDA in the first place. Recently, a Journal Sentinel/MedPage Today investigative report documented how, for years, FDA officials and executives of pharmaceutical companies that make prescription pain killers have held annual private meetings. Proof of the secretive organization’s existence was corroborated by emails obtained through public records, private requests, and information provided to the Journal Sentinel/MedPage Today.

Collusion theories aside, agency spokesperson Morgan Liscinsky has been quoted as saying that “while the FDA does support a move to less addictive, abuse-deterrent opioids, we do not believe it is the appropriate time to require all products in this class be abuse-deterrent. Rather, we will continue to take a product-by-product approach to regulating the abuse-deterrent properties, or lack thereof, of opioid products.” Liscinsky added that the FDA has concluded that the benefits of Zohydro far outweighed its risks, and that data have shown it to be safe and effective for round-the-clock use. 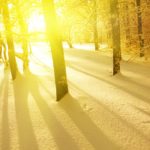 The Maunder Minimum: How a Lull in Solar Activity May Trigger Another “Little Ice Age”