The Romanov family ruled Russia for more than 300 years. The last Russian czar, Nicholas II, had been in power for more than 23 years. However, in 1917, Russia’s belief in a ruling czar was well on its way to oblivion. The Russian economy was in shambles, in part due to the country’s involvement in World War I, which began in 1914 and had already claimed more than 1 million lives. The Bolshevik revolution, led by Lenin, had created a Red Army that was marching to seize power, while loyalists to the czar, called the White Army, were trying to fend off the coup.

Then a curse was put upon the royal family by Grigori Rasputin, the peasant confidant, mystic, and advisor to the czar. Many Russian people blamed Rasputin for their miseries because of his ill advice to the czar, which included getting their country involved in a bloody world conflict. Sensing danger was near, a paranoid Rasputin prophesized to Nicholas II: “Czar of the land of Russia, if you hear the sound of the bell which will tell you that Grigori has been killed, you must know this: If it was one of your relations who have wrought my death, then no one in the family, that is to say, none of your children or relations, will remain alive for more than two years. They will be killed by the Russian people.”

Both of Rasputin’s premonitions came true. Two weeks after his warning, Rasputin was murdered by Prince Felix Yusupov, who was married to a niece of the czar, and therefore it was a family relation responsible for his death, as he had alluded to. And, 1½ years later, the entire Romanov family was executed after the Bolshevik rebels seized power of the country, which was within the time frame that Rasputin predicted the event would occur. But were they all wiped out?

Did Anastasia Survive the Curse?

The entire royal family, along with their servants, were said to have been murdered and dumped in a mass grave. However, the grave wasn’t discovered until some 60 years later. It was always assumed that 11 bodies of the Romanov family and their entourage would be in the same grave. But the remains of only 9 bodies were discovered and Anastasia’s body couldn’t be confirmed. Whispers that Anastasia had been whisked away with a stash of the royal family’s jewels sewn into her clothes, before the Romanov family massacre occurred, ran rampant throughout Russia. Had she been in hiding all these decades, living a secret life?

Let’s take a step back and look at the evolution of this mystery. Anastasia Nikolavena Romanov was born on June 18, 1901. Her birth greatly distressed her father because he already had 3 daughters (Olga, Tatiana, and Maria) and was hoping for a son to be heir to his throne. Nicholas II eventually sired a son, but the most famous of all the Romanov children was his youngest daughter, Anastasia.

Anastasia was raised in a royal family, but didn’t always behave as prim and proper as one would assume a child bred into royalty would act. She was a spirited, mischievous child with a sweet sense of humor. Anastasia was engaging and an endlessly entertaining little girl. She would play pranks on her sisters and little brother and on her tutors. She did not enjoy the confines of the classroom; lessons at school bored her. Anastasia was rambunctious and active and preferred the outdoors, where she could frolic about, climb a tree, or play with her dog. She was prone to mischief, sometimes persuading her young brother, Alexei, to join her. But as the son of the court’s physician (a man who was executed along with the Romanov family) once remarked, “She undoubtedly held the record for punishable deeds in her family, for in naughtiness she was a true genius.” When she grew older, Anastasia took up smoking on the sly.

Anastasia had a close relationship with her father’s advisor, Rasputin; she considered him a close friend and mentor and grieved mightily after his murder. Anastasia had a good heart. During World War I, a hospital was set up in an area of her palace. Anastasia and her sister Maria would regularly visit the wounded soldiers and try to cheer them up. The girls would play checkers or backgammon with the wounded to help them pass the time. Other times, they would read out loud letters the soldiers received from home or they’d help soldiers compose letters to be sent to loved ones.

But Anastasia’s life would soon come crashing down with a thud heard round the world caused by insurgents opposed to the crown. The Lenin-led Bolshevik Revolution was winning the Russian civil war against the old-line forces loyal to the czar. Nicholas II was forced to abdicate. The Romanov family was put under house arrest by their Bolshevik captors. As the rebellion raged in its final stages, the family was moved to several different locations, they were told, in order to keep them safe and out of harm’s way. Then, on July 17, 1918, the Romanov family was told they were going to be relocated once again. They were moved to a basement room along with their associates. An execution squad entered the room and massacred them all in a torrent of gunfire. The bodies were buried in a mass grave outside the city of Yekaterinburg.

Here’s where it gets confusing. Because the Romanovs were of German descent, Germany had gotten indirectly involved in the conflict and demanded that the Bolsheviks ensure “the safety of the princesses of German blood.” The Bolsheviks indicated that the 2 youngest Romanov children had survived the massacre because they somehow escaped beforehand. Was it true? Or was it said to placate the Germans?

Speculation about Anastasia’s survival had started to circulate throughout Russia. The exact location of the mass grave where the Romanov family was dumped was never really known, except by the rebels who buried them there. It wasn’t until 1991 that the Romanov family grave site was discovered near Yekaterinburg by an amateur Soviet archeologist. It was always assumed that Anastasia was slaughtered with her family and close associates, which would have resulted in 11 bodies, but there were only the remains of 9 bodies found in the gruesome grave. Scientists identified the 2 missing members of the Romanov family as Alexei and either Maria or Anastasia. The fact that Anastasia’s body could not be confirmed conclusively only fueled speculation that she did indeed disappear and not die.

Rumors of the missing bodies bolstered the escape theory, which then led to at least 5 imposters crawling out of the woodwork claiming that they were the Grand Duchess Anastasia Nikolaevna Romanov, daughter of the last czar of Russia.

Other imposters appeared and claimed to be a sister of Anastasia (Maria, Olga, or Tatiana), but none captured the imagination of the Anastasia imposters.

Then, in 2007, a Russian archeologist discovered 2 bodies in another grave in close proximity to the burial site where the slaughtered Romanov family was found. The Russians reported that the human remains were that of a boy who was about 10 to 13 years old and a girl who was about 18 to 23 years old. Anastasia would have been 17 years old at the time of her death.

About 6 months later, in 2008, Russian forensic scientists claimed that DNA recovered from the bodies matched that of Anastasia and Alexei. But the validity of their claim is unclear. Perhaps political propaganda played a role. Russia has always strived to be a secretive society. Maybe the Russians wanted to forever put to rest the rumors that Anastasia and Alexei survived. Perhaps the Russians didn’t want to have their history tainted; that is to say, maybe they didn’t want the world to think that the Bolsheviks, who ultimately became the Communist Party of the Soviet Union, led by the beloved Vladimir Lenin, didn’t get the job done completely. We’ll never know for sure. The disappearance of Anastasia is one of those mysteries that might remain a mystery until the end of time.

The media has been fascinated with the story of Anastasia. Books have been written about her. A Broadway play about her was produced, as well as a musical. And several films have also tackled her tale, with the 1997 animated feature Anastasia, released by Warner Bros, being the most popular. 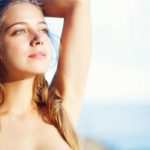 Take It off; Take It All off: Nude Recreation Week Is Right Around the Corner