“Make mine a lemon-lime lithium citrate please, and my friend will have a cocaine and caffeine concoction, thanks.” That’s exactly what you might have ordered when pharmacies in the United States first introduced the carbonated beverage that came to be known as soda and served them at dispensary fountains in their local establishments. Before they became mass-marketed refreshments, many of the most popular sodas still around today started out as medicines meant to cure certain ailments such as indigestion, impotence, headaches, and various psychological disorders. Pharmacists claimed their effervescent remedies tasted “so good, people wanted them, whether they needed them or not.” Here’s how these flavorful medicines evolved into the sodas we came to love to drink today.

Soda, also known as a soft drink, was first introduced to the public in the 18th century as a cure for a variety of illnesses because of the belief that naturally carbonated water contained healing powers. The bubbly beverage was initially sold at pharmacies and was mixed with various medicines and flavoring to make the carbonated water taste better. Soon, soda became a popular part of American culture, and soda fountains sprouted up across the nation where people would gather and socialize while enjoying a carbonated drink. Flavors ranged from cherry and lime to java and pistachio.

Dr Pepper is the oldest major soft drink in America, having been created, manufactured, and sold in 1885 by pharmacist Charles Alderton. It was marketed as having a unique taste and originally sold as an energy drink and a “brain tonic.” It was served in Morrison’s Old Corner Drug Store in Waco, Texas, where Alderton worked. Customers who liked the soda began ordering it by asking Alderton to shoot them a “Waco,” but the owner of the store, Wade Morrison, gave it the name “Dr. Pepper” (the period was dropped in the 1950s for stylistic reasons as well as to eliminate any connotation of a medical link). It’s unclear where the name exactly came from, but it is believed to have been named after Dr. Charles T. Pepper, a pharmacist in Christiansburg, Virginia under whom Morrison worked as a young pharmacy clerk. Dr Pepper wasn’t nationally marketed until 1904, when it was introduced to about 20 million people at the 1904 World’s Fair Exposition in St. Louis.

In 1886, a pharmacist named John Pemberton invented Coca-Cola, the largest soft drink brand still around today. Believe it or not, for the first 17 years of Coca-Cola’s history, one of the main ingredients in the famous beverage was cocaine. A shrub indigenous to Peru and Bolivia called the coca plant produces cocaine naturally, and chewing on its leaves was popular for its effects of producing mild euphoria, suppression of hunger, and increased physical stamina. In 1863, Corsican chemist Angelo Mariani mixed the coca leaves into Bordeaux wine, creating an immensely popular tonic in Europe called “Vin Mariani.” The alcohol in Vin Mariani helped extract cocaine from the coca leaves, and advertisements for the drink claimed that it would restore energy, health, strength, and vitality.

Pemberton, after failing to invent a successful drug, took a chance in the beverage market and decided to concoct his own version of the fortified wine. He added kola nut extract and caffeine to the wine and coca mix and called it “Pemberton’s French Wine Coca.” The drink soon became popular, but due to local prohibition laws, Pemberton was forced to replace the alcohol in his drink with sugar syrup. The new drink was called Coca-Cola and was sold at soda fountains mixed with carbonated water. It wasn’t until 1903 that cocaine was removed from the drink because of problems associated with the drug, and Coca-Cola became what it is today.

Coca-Cola’s biggest competitor, Pepsi-Cola, also started out with pharmaceutical roots. Pharmacist Caleb Bradham owned a drug store called Bradham Drug Company, which, like many other drug stores, contained a soda fountain. In it he offered his own creation called “Brad’s Drink,” which he created in 1893 and was intended to aid digestion and boost energy. Its name was later changed to Pepsi-Cola for its main ingredients of pepsin, a digestive enzyme, and kola nuts. Bradham enjoyed 17 years of uninterrupted success, but by 1931, Pepsi-Cola had gone bankrupt for the second time due to sugar prices that fluctuated in the wake of World War I. The company was sold to candy manufacturer Loft Inc., where it replaced Coca-Cola in its retail stores after that company refused to lower the price on its syrup. Over time, Pepsi came to be a serious rival of Coke.

The lemon/lime-flavored soda 7 Up was created by Charles Leiper Grigg in 1929 and originally contained the mood-stabilizing drug known as lithium citrate. The drink was first called Bib-Label Lithiated Lemon-Lime Soda, but was quickly shortened to 7 Up for obvious marketing reasons. The origin of the name is not clearly known, but a former president of the company said in a speech that Grigg got the name after reading an article about the history of cow brands, with one of the brands being a 7 with a “u” to the right and above the 7. He liked the look of it and, thus, 7 Up was born. Another theory behind the name is that 7 was picked because of the number of ingredients listed on the side of the bottle, which was also 7 ounces.

Lithium citrate was popularly used in the late 19th and early 20th centuries for people with various psychological disorders and it is still sometimes used today. Advertisements for 7 Up emphasized its lithium citrate ingredient and claimed that it “takes the ‘ouch’ out of ‘grouch.'” The drink dominated over an estimated 600 competitors with similar citrus-flavored sodas and became a market leader by 1936. Lithium citrate even remained a main ingredient until 1950, when research showed that the drug had potentially dangerous side effects.

While soda’s evolution has come a long way, from bubbly medicines infused with cocaine to flavorful and refreshing beverages, the industry continues to evolve. Its health effects are constantly scrutinized, but like all else, soda is best in moderation. 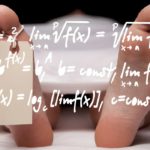