From about 1300 to 1870, Europe and North America experienced a period known as the “Little Ice Age,” where winter temperatures were significantly colder than those during the 20th century. From approximately 1645 to 1715, the sun experienced a period of low sunspot activity called a Maunder Minimum, during which winters in the Northern Hemisphere were at their coldest. It actually got so cold that the Thames River in England would regularly freeze solid, a rare occurrence today. Londoners would venture out onto the ice for frost fairs, where tents and decorated booths were set up selling beer, gingerbread, gin, and meat. At one point, even an elephant walked across the frozen Thames. The last time the river froze over was in 1814. Today, scientists are debating whether or not the sun is about to go through another Maunder Minimum, which may trigger another period of colder-than-usual winter temperatures.

The sun goes through 11-year cycles, marked by the pattern of sunspots on its surface. At its peak, or solar maximum, the sun is brimming with turbulent sunspot activity, steadily unleashing solar flares and coronal mass ejections. During the solar minimum, sunspot and solar flare activity diminishes and often does not occur for days at a time. Currently, the sun is at the solar maximum of its cycle and should be awash with activity, but it is instead oddly quiet. Scientists have started theorizing that the sun could be entering another Maunder Minimum, as it did over 300 years ago. “There is a very strong hint that the Sun is acting in the same way now as it did in the run-up to the Maunder Minimum,” says Dr. Lucie Green, from University College London’s Mullard Space Science Laboratory. “It’s completely taken me and many other solar scientists by surprise.” Another warning that the sun may be entering a Maunder Minimum is the fact that the current solar cycle is showing signs of hemispheric asymmetry. According to Steve Tobias, an applied mathematician at the University of Leeds in the UK, more sunspots occur in one solar hemisphere than the other when the sun is entering or exiting a minimum.

A Maunder Minimum can be described as a prolonged solar minimum where sunspots become exceedingly rare. During a 30-year period of the last Maunder Minimum, astronomers recorded only about 50 sunspots, as opposed to a more typical 40,000 to 50,000. A minimum of sunspots means a much less-active sun, and therefore possibly less energy output to warm the earth. This cooling period may also be caused by a dip in ultraviolet light radiating from the sun when solar activity is low. Some scientists estimate that there is a 10% to 20% chance that the sun will be back in Maunder Minimum conditions within about 40 years, and winters could be as cold as they were 300 years ago.

If it is indeed true that the primary effect of a Maunder Minimum is cooling, it could majorly disrupt agricultural growing seasons; but a drop in temperature isn’t the only change a Maunder Minimum will make on earth. Less solar activity means people would get few displays of the northern lights, a beautiful phenomenon. On the positive side of things, low sun activity means less space weather. “Solar activity drives a whole range of space weather, and these are ultimately effects on the electricity networks, on satellites, on radio communications and GPS on your sat-nav,” says Green. A calm space would help maintain earth’s technological infrastructure.

Another Maunder Minimum, however, won’t help much in combating a warming climate in the long term. A lull in solar activity may only make weather more unusual and difficult to predict in the short term. Researchers at the National Center for Atmospheric Research used a computer model to predict the effect of a Maunder Minimum on earth’s climate from 2020 to 2070, and while the model indicated that temperatures may slow down the warming process from 20% to 30%, temperatures would go right back up to where they were within a few decades. 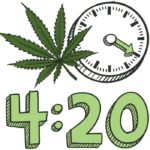