Amusement parks are places of pure joy. Their confines hold the angelic sounds of innocent giggles, the whimsical music of carousels, and the joyous screams of patrons getting their adrenaline fix on rides such as roller coasters, tilt-a-whirls, and drop towers. The sweet scents of cotton candy and popcorn waft through the air as people test their luck at winning a stuffed animal or pet goldfish by playing one of the many carnival games. Congenial ride operators welcome you aboard their attractions, securing you tightly in your seat as they prepare you for takeoff. But buried deep under the joy, the laughter, and the overindulgence are certain horrors that park owners fight hard to keep secret. To some, roller coasters and other amusement park attractions are action-packed thrill rides that provide a sense of weightlessness and adventure, but to others they are death traps made of wood and metal, traveling at speeds as high as 149.1 mph.

Every other week during the summer, the news headlines seem to include at least 1 amusement park incident that leaves riders stranded, injured, or even killed. Just last week, 24 people were stuck for hours atop a roller coaster at Six Flags America in Maryland when the ride stopped 75 feet above the ground. Two more people in Ohio were hurt in late July after a cable snapped and hit the passengers on a ride that swings riders in the air at Cedar Point amusement park in Ohio. Last summer, a woman was killed at Six Flags Over Texas in Arlington when she fell out of a roller coaster after expressing concern that her safety bar was not locked. These incidents highlight just how dangerous amusement parks can actually be.

Believe it or not, a water park deemed “The World’s Most Dangerous Amusement Park” just reopened in New Jersey after closing its gates in 1996 because of its track record for sending countless patrons to the hospital for bumps, bruises, scrapes, and near-drownings. At least 6 people are known to have died at Action Park in Vernon, NJ between 1978 and 1996. The park was given nicknames such as “Traction Park,” “Accident Park,” and “Class Action Park” by doctors in nearby hospitals because of the sheer number of severely injured park-goers they treated. The park was run by careless teenage employees and was filled with rides that seemed to defy physics and common sense. There was even a water slide that went in a complete loop. The ride was so dangerous that the park had to eventually build a trapdoor by the loop so they could retrieve injured, drowning riders.

The Cannonball Loop at Action Park.

Action Park was one of a kind. It reopened under new management in 1998 as Mountain Creek, with an increased emphasis on safety, but the original management has since repurchased the property. It was announced on April 2 that the park would open for the 2014 season under its original name. In honor of Action Park’s grand reopening, here is a list of the top 5 amusement park accidents.

Krug Park, currently known as Gallagher Park, was an amusement park built in Omaha, NE at the turn of the 20th century. On July 24, 1930, the park was the site of the most deadly roller coaster incident in the US at the time. The park’s Big Dipper ride was being dragged up its 35-foot incline when the cog chain began pulling the train over the side of the track edge. “There was no time to jump and we could do nothing but scream and tug at the safety belts that held us firmly in our seats,” said Antis Uzdawinis, who was injured in the accident. The first car tore through a flimsy guard rail and plunged downward, pulling 3 cars behind it. Three of the cars overturned, pinning the riders underneath them. Four people were killed and 17 others were injured. An investigation revealed that the incident was caused by a faulty break shoe on one of the cars, which slipped around and got caught beneath the rear wheels of the car after the nut and bolt holding it in place became loose. The accident was so bad that the city commissioner introduced an ordinance banning the operation of roller coasters within the city limits.

The Haunted Castle was a haunted house attraction at Six Flags Great Adventure in Jackson, NJ. On May 11, 1984, a fire swept through the building, fanned by outside air conditioners and filling the building up with smoke. About 29 people were in the haunted house at the time of the incident, of whom, 14 escaped unharmed, 7 were treated for smoke inhalation, and a group of 8 teenagers who entered the building together became trapped and died of asphyxiation. The bodies of the victims were so badly burned that they had to be identified by dental records. The cause of the fire is believed to be arson, but no suspect was found. Criminal charges were filed against the owners of the park at the time, Bally Manufacturing, claiming that repeated warnings by safety consultants to install sprinklers or smoke alarms had been ignored.

The Mindbender is the world’s largest indoor triple-loop roller coaster and is located at the West Edmonton Mall in Alberta, Canada. On June 14, 1986, one of the trains had just completed the second loop when missing bolts on the left-inside wheel of the last car caused it to derail from the track and start fishtailing out of control. As it slammed into concrete walls, the safety bars disengaged, sending passengers flying from their seats. The horror finally ended when the train slid backwards after failing to get over the third loop and crashed into a concrete pillar. Three people were killed during the accident and a fourth was severely injured. The ride was shut down twice prior to the accident when the operator heard a metallic noise coming from the train, but the source of the problem could not be located by the maintenance staff. Regular operation of the ride resumed until the accident. The ride is still in service today.

The Superman Tower of Power is a vertical drop ride at Six Flags in Kentucky. On June 21, 2007, 14-year-old Kaitlyn Lasitter and a group of her friends were headed up on the ride for the second time when a number of support cables broke loose and started whipping them in their faces and torsos. “We were all screaming, and then it kept going up, and we just continually screamed and were yelling at people,” Kaitlyn recounted in a deposition. “I remember smoke and the smell of burning. I felt like I was going to die.” When the ride reached its peak, Kaitlyn said something hard hit her head before the ride plunged to the bottom; she then felt that she was being yanked from her seat. “I remember feeling like I was on fire and smelling burning flesh,” she said. The cables had severed both of Kaitlyn’s feet and injured many of the other passengers. Doctors were able to reattach her right foot, but her left leg was amputated just below the knee.

On June 28, 2008, 17-year-old Asia Leeshawn Ferguson scaled two 6-foot fences that enclosed the Batman roller coaster at Six Flags Over Georgia, passing signs that said the restricted area was both off-limits and dangerous to visitors. Witnesses said the boy jumped over the fences in order to retrieve a hat that had fallen off of his head while on the ride earlier. Ferguson was caught in the path of the 50-mph roller coaster at full speed and was decapitated. 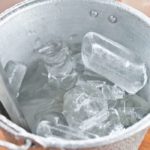 The Ice Bucket Challenge: How It All Started