The Super Bowl is a few days away, and it is the culmination of the National Football League’s season, where 2 teams will battle it out for the title of champion. This is the 48th year of a game whose viewing has become a national obsession. There are even advocates for making the Monday after the Super Bowl a national holiday, and those advocates are most likely the 6% of Americans who call in sick that day. It is one of the most anticipated, and most watched, sporting events of the year. This year, the game is being held in New Jersey, at MetLife Stadium, reportedly the most expensive stadium built to date, albeit without a dome or climate control. So players and fans will be subjected to the elements of a very cold New Jersey winter. Tickets are going for $1200 for the cheap seats, and a comfortable climate-controlled box suite costs $500,000 to $1 million or more.

For the fans at home, enjoying the game and the commercials, it’s interesting to note that the cost for a 30-second ad runs around $4 million. The entire ad inventory reportedly sold out in December, and there will be about 65 ads in total.An interesting Super Bowl myth is “Super Bowel,” or the half-time flush. It’s been said that waste treatment systems across the country can collapse during half-time due to the amount of toilet use and flushing that occurs simultaneously. This would assume that everyone watching the game is waiting until half-time to use the toilet. We found no truth to the rumor, which could have been fueled by an incident that occurred in Salt Lake City in 1984, when a water main broke; but no link to Super Bowl flushing was ever proven to be the cause.

According to TurboTax, Americans will spend more than $1 billion on snack foods alone. We are talking unhealthy, fatty foods and high-calorie snacks, not broccoli, carrots, or celery sticks. Here are some quick facts regarding the amounts and types of food that are typically consumed during the game.

Hopefully not everyone will be eating junk. According to a Nielsen survey, vegetable platters will occupy a prominent place at the table, coming in as the 3rd-most-popular snack, ahead of wings and pizza.

Emergency rooms across the country prepare ahead for Super Bowl Sunday, as it’s one of the busiest days of the year, commonly referred to as “Super Bowl Syndrome.” For some fans, the day can be fatal. Fans can become very emotionally attached to their favorite teams. The intense competition and/or agitation due to disappointment can lead to game stress. The combination of fatty foods and game stress is more than some bodies can handle, especially someone who has a heart condition. In previous years, there have been spikes in auto accidents, domestic violence, gastrointestinal issues, food-borne illness, and others related to Super Bowl festivities. Practitioners working in emergency rooms across the country will probably log as many yards as the game’s running backs.

Preparations for hosting the Super Bowl at MetLife Stadium include dispatching mobile emergency room units from Hackensack University Medical Center to treat potential patients on-site; so if you suffer a minor injury, you can get right back to the game. Considering the ticket prices, that’s a good thing. Fans with more serious diagnoses will be sent to the hospital by ambulance.

Football fever is poised to intensify this week, getting hotter than the wings that will be served, and everyone will ponder whether or not the weather will sideline the game. Bets will be taken on scores and more, even on whether or not the National Anthem goes over or under, and the type of Gatorade that will be dumped on the winning coach. Try to relax and enjoy the game for what it is—a game. Make healthy food choices without the super-fatty calories, and hopefully (unless you’re working there) you will avoid the emergency room on game day. 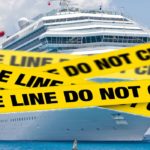