There has been an ethical debate regarding the death penalty for thousands of years, and the controversy is only getting more complicated. The state of Arizona recently took almost 2 hours to kill prisoner Joseph Wood using a relatively untested lethal injection concoction. He was convicted for murdering his girlfriend and her father in Tucson in 1989 and was sentenced to death. On July 23, 2014, Wood was scheduled to receive a combination of the sedative midazolam and painkiller hydromorphone. He was injected with the cocktail at 1:52 pm and sedation was confirmed 5 minutes later. However, it didn’t end there. It was observed that Wood was still breathing at 2:02 pm, and a minute later his mouth moved. It was reported that up until his time of death at 3:49 pm, he was seen gasping and snorting, as one eyewitness counted the prisoner gasping 660 times. Another witness said that the execution was “very disturbing to watch…like a fish on shore gulping for air.”

What went wrong? The truth is that officials no longer have access to the drugs traditionally used in lethal injections. The only US manufacturer of one of the drugs, an anesthetic called sodium thiopental, stopped producing it in 2011, and international suppliers (particularly in the European Union, which opposes the death penalty) have stopped exporting theirs to the US. This has forced states that carry out the death penalty to find new lethal injection concoctions. Wood’s botched execution was among at least 3 this year resulting from experimental drugs.

The use of these new, untested drugs has prompted death row inmates and their lawyers to protest on the grounds that they produce a level of suffering that violates the Eighth Amendment, which prohibits cruel and unusual punishment. “Arizona appears to have joined several other states that have been responsible for an entirely preventable horror: a bungled execution. The public should hold its officials responsible and demand to make this process more transparent,” said Wood’s lawyer, Dale Baich, following his execution. In response, some states have gone as far as passing secrecy laws, allowing them to keep the names of their suppliers, and sometimes the ingredients of the lethal injections, confidential.

Oklahoma is in the middle of a lawsuit after the botched execution of prisoner Clayton Lockett on April 29. The man, sentenced to death for the murder of a teenage girl, writhed and gasped for 43 minutes before we was declared dead after receiving a lethal injection. The execution brought the issue of capital punishment back into the international spotlight, prompting White House spokesman Jay Carney to issue a statement: “We have a fundamental standard in this country that even when the death penalty is justified, it must be carried out humanely—and I think everyone would recognize that this case fell short of that standard.” In response, one Oklahoma lawmaker, Representative Mike Christian, has called for the use of nitrogen gas to execute death row inmates. The process is called nitrogen asphyxiation and quickly reduces oxygen concentration in the bloodstream. Those who have studied it say the process causes no pain and can kill a person within minutes.

But others say that rather than focusing on more humane ways of killing criminals, the death penalty should be reconsidered altogether. Ryan Kiesel, with the American Civil Liberties Union, doesn’t think the death penalty is ethical. “There’s no-full proof way to do something that is inherently inhumane,” he said.

Last year, American’s were polled by Gallup on the controversial issue, and it was found that 62% believe the death penalty is morally acceptable, whereas 31% consider is morally wrong. Where do you stand? 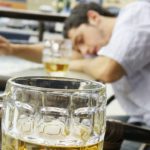