After spending Media Day on Tuesday repeating that same line, Seattle Seahawks running back Marshawn Lynch caused much more of a frenzy than he could have ever imagined, and he didn’t know why. It was then that the biggest nonstory in the history of the NFL was born. On Wednesday, he said little more than “You know why I’m here” to every question except one.

The media went wild for Lynch’s silence. “Why do you have to be a jerk to all of us?” was one of the questions he was asked at a press conference. “Isn’t this whole act a selfish move?” was another. People began to speculate the reason for the running back’s refusal to talk to the press. He’s just being a diva. He’s a jerk.

Some reports even claimed that Lynch has a social anxiety disorder, bringing back memories of Ricky Williams, the NFL running back who actually did have social anxiety. After Williams, a shy college football player, won the Heisman Trophy at the University of Texas, he was drafted into the NFL to play for the New Orleans Saints and thrust into the spotlight. But off the field, Williams was battling his fear of people. He always thought of himself as a shy person, but in New Orleans he began to realize that what he was feeling was more than just shyness. During media interviews, the running back would wear his helmet so reporters couldn’t see his face. Sometimes he would even literally run away from fans so that he didn’t have to face them. Consequently, the media began to portray him as aloof and eccentric. Williams was eventually diagnosed with social anxiety disorder and received treatment.

Unfortunately for the media hawking for a good story, social anxiety isn’t the case for Marshawn Lynch. Wondering why a huge crowd surrounded him, Lynch gave one last statement on Thursday, a mouthful actually, to a horde of reporters surrounding his podium:

“Hey look, I mean, all week I told y’all what’s up,” Lynch said. “And for some reason y’all continue to come back and do the same thing that y’all did. I don’t know what story y’all trying to get out of me. I don’t know what image y’all trying to portray of me. But it don’t matter what y’all think, what y’all say about me. When I go home at night, the same people that I look in the face—my family that I love. That’s all that really matter to me. So y’all can go make up whatever y’all want to make up because I don’t say enough for y’all to go and put anything out on me. I’ll come to y’all event. Y’all shove cameras and microphones down my throat. But when I’m at home in my environment, I don’t see y’all, but y’all mad at me. And if you ain’t mad at me, then what y’all here for? I ain’t got nothing for y’all, though. I told y’all that. Y’all should know that. But y’all will sit here like right now and continue to do the same thing. I’m here preparing for a game,” he continued. “And y’all want to ask me these questions, which is understandable. I could get down with that. But I told y’all. I’m not about to say nothing. So for the reminder of my, what’s that, 3 minutes? Because I’m here I’m available for y’all. I’m here, I’m available for y’all. I talked. All of my requirements are fulfilled. For the next 3 minutes, I’ll just be looking at y’all the way that y’all looking at me. Thank you.”

So, no, Lynch doesn’t have a social anxiety disorder. He just doesn’t want to talk. Many say his standoff nature with the media stemmed from a DUI being reported in the news while he played for the Buffalo Bills, causing him to feel betrayed by the media.

Teammates, however, defend Lynch, saying he’s a different person when he’s off camera and away from the microphone.

“The Marshawn that we know obviously tries to be different to media,” Seahawks center Max Unger said. “Unfortunately you guys don’t get a really good picture of who he is in the locker room and as a guy. He is the best. I think if you ask anybody in that locker room they will say the same thing, one of the best guys to be around. He has his own relationship with the media and you just have to leave it at that. He gets up there and says something and that’s what the NFL wants. You can’t regulate the quality of the response and that’s the thing.” 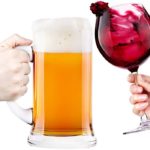 10 Bad Things That Are Really Good for You