“I’ve got 110/60, a 60 pulse, 185 cholesterol,” said Louis Zamperini in an interview at 86 years old. “I’m told I have the vitals of a 35-year-old. And with all I’ve been through, they thought I’d be dead by 55! I almost did lose a kidney after being dehydrated on that raft and fighting those sharks. But the kidney bounced back.”

To say Louis Zamperini lived an extraordinary life would be an understatement. The events that unfolded throughout his life are even almost unbelievable. From Olympic runner to prisoner of war, he’s lived through it all, and on December 25th, the story of the remarkable man’s life will appear on the big screen. So before you head to the theater, here are 10 interesting facts about Louis Zamperini that you may not have known.

“Having overcome insurmountable odds at every turn in his life,” the Zamperini family said in a statement, “Olympic runner and World War II hero Louis Zamperini has never broken down from a challenge. He recently faced the greatest challenge of his life with a life-threatening case of pneumonia. After a 40-day long battle for his life, he peacefully passed away in the presence of his entire family, leaving behind a legacy that has touched so many lives.”

Luckily, Zamperini was able to view the movie about his life before he died, although the release date isn’t until December 25. When Angelina Jolie, who directed the film, titled Unbroken, found out that he was in the hospital, she rushed over and showed him a rough version in his bed. “I had the extraordinary honor of watching this beautiful man, watching his bright blue eyes as he watched his life and remembered his family and remembered his friends who had passed and was preparing emotionally to pass away and be with them again,” Jolie said of the moment. “And so it was a beautiful, beautiful experience.” 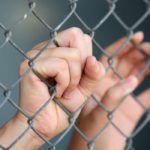