This installment of the Royal Inbreeding series travels away from Europe to the deserts of ancient Egypt when the pharaohs ruled the land. For more than 3000 years, the pharaoh was the political and religious leader in ancient Egypt. He or she held the titles “Lord of the Two Lands” and “High Priest of Every Temple” and was considered a god on earth. From Narmer to Cleopatra, the pharaohs owned all the land of Egypt, collected taxes, declared war, and defended the country. And like many of their European counterparts, inbreeding to keep their bloodlines pure was not an uncommon practice.

The ancient Egyptian royal families were almost expected to marry within the family, as inbreeding was present in virtually every dynasty. Pharaohs were not only wed to their brothers and sisters, but there were also “double-niece” marriages, where a man married a girl whose parents were his own brother and sister. It is believed that the pharaohs did this because of the ancient belief that the god Osiris married his sister Isis to keep their bloodline pure.

We’ll look at two of the most well-known dynasties that ruled ancient Egypt and how the effects of inbreeding may have even resulted in the demise of one in particular.

King Tut and the 18th Dynasty

Howard Carter opens the coffin of King Tut in 1922.

Tutankhamun, or more famously King Tut, was a pharaoh during ancient Egypt’s New Kingdom era about 3300 years ago. Also known as the Boy King, he came into power at the age of 9, but only ruled for 10 years before dying at 19 around 1324 BC. King Tut’s tomb was discovered in 1922 filled with a wealth of treasures, including a solid-gold death mask. But until a DNA analysis was conducted in 2010, not much was known about the young pharaoh’s ancestral origins. The landmark study published in JAMA was the first time the Egyptian government allowed genetic studies to be performed on royal mummies. King Tut and 10 other royal mummies who were suspected of being his close relatives were examined. DNA samples taken from the mummies’ bones revealed the answers to many mysteries that had long surrounded the Boy King, and a 5-generation family tree was able to be created.

The tests determined that King Tut’s grandfather was Pharaoh Amenhotep III, whose reign was a period of unprecedented prosperity, and that his grandmother was Tiye. Amenhotep III and Tiye had 2 sons, one of whom became Amenhotep III’s successor to the throne, Akhenaten, King Tut’s father. Akhenaten was best known for abolishing ancient Egypt’s pantheon in favor of worshipping only 1 god. Whereas the body of King Tut’s mother has been located, her identity still remains a mystery. DNA tests have shown that she was one of Amenhotep III and Tiye’s 5 daughters, making her the full sister of Akhenaten. The incestuous trend continued into King Tut’s reign, as his own wife, Ankhesenpaaten, was his half-sister, with whom he shared the same father. They had 2 daughters, but they were both stillborn births.

A reconstruction of what King Tut may have looked like.

Inbreeding within the royal families of ancient Egypt often led to stillbirths, along with defects and genetic disorders. The results of inbreeding certainly may have taken a toll on Tut himself. The same DNA tests that identified King Tut’s family also showed that the Boy King had a number of illnesses and disorders, including a deformed foot caused by a degenerative bone disease that forced him to walk with a cane. Tut also had a cleft palate and a curved spine, and was probably weakened by inflammation and problems with his immune system. King Tut’s problems that were related to inbreeding most likely contributed to the boy’s death, but were not the immediate cause. On top of everything, he had a badly broken right leg and a bad case of malaria. This, combined with his other underlying health problems, is likely what killed King Tut. The pharaoh did not successfully produce a successor and he was the last of his dynasty.

Cleopatra VII, the last pharaoh of Egypt, was the most famous member of the Ptolemaic dynasty, which ruled ancient Egypt for 275 years from 305 to 30 BC. Incestuous relationships were so common in the Ptolemaic dynasty that Ptolemy II is often given the nickname “Philadelphus,” a word used to describe his marriage to his sister Arsinoe II. Almost every pharaoh of the dynasty thereafter was married to his or her brother or sister; Ptolemy II’s heir, Ptolemy III, along with his other children, was from a previous marriage and did not marry a sister, but he did marry his half-cousin Berenice II. It wasn’t until the next generation that we see another marriage between a full brother and sister: Ptolemy IV and Arsinoe III. Ptolemy V was the first offspring of a Ptolemaic sibling marriage. The trend continued within the family up to the birth of the famous Cleopatra VII. Her father was Ptolemy XII and her mother was her father’s sister, Cleopatra V.

Marrying within the royal family meant never having to dilute their Macedonian blood with that of the native Egyptians. It also meant that foreign powers couldn’t infiltrate Egypt. It seems as if the Ptolemys would have then produced a number of offspring with genetic disorders, but none appear to have significantly suffered from inbreeding. Nevertheless, inbreeding worked in their favor and helped keep the rule of Egypt in the hands of the Ptolemys for almost 300 years. 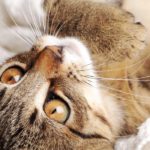