A “cousin marriage” is the wedding of 2 people related by blood through an earlier generation. Throughout history, cousin-to-cousin marriages have been an essential means of maintaining stability among royal classes. By marrying their own, most royals believed they were binding their ties to the next generation. Today, cousin marriages are typically shunned by modern society for 2 reasons: the possibility of genetic repercussions and the threat of incest laws. The concern lies in the fact that people related by blood have a higher chance of possessing recessive genes for inherited illnesses such as birth defects and severe deformities. If both parents possess a recessive gene, there is a much greater risk of them passing it on to their children.

Queen Victoria was a carrier for hemophilia

Since Roman times, there has been great disapproval of these types of royal marriages. In fact, the marriage between Emperor Claudius and his niece Agrippina in the year 49 AD was regarded as a disgrace. Almost 1500 years later, the situation in England was quite different. Henry VIII, born in 1491, was the second son of King Henry VII. As the second monarch of the House of Tudor, he is best known for breaking from Rome, establishing the Church of England, and starting the Reformation. Henry VIII is also known for having 6 wives and decreeing cousin marriages legal. Since its inception during Henry’s reign as King of England, the Anglican Communion (an international association of churches) has allowed cousin marriages.

Prince Heinrich died at the age of 4

Royal cousin-to-cousin marriages were often arranged to retain titles and exclude others from claiming a family’s power. Any time a woman became monarch or a king had only daughters, she or he would be the last ruler of their royal family, or house. While Henry VIII was from the Tudor House, Queen Victoria was the last British monarch of the House of Hanover, a family more notorious than most for their inter-marrying.

If a child’s parents are closely related, the odds that they will be dealt unhealthy genes are greatly increased. Newborns inherit one set of genes from their father and another set of genes from their mother. Some genes will inevitably be defective, but odds are that a second, healthy set will replace those genes that are unhealthy. When parents are close relatives, they already share many of the same defective genes. The passing down of 2 sets of “problem genes” to a child can lead to genetic defects such as those found in Charles II.

House of Saxe-Coburg and Hemophilia

Queen Victoria, born in 1819, was the only child of Edward, Duke of Kent, and Victoria Maria Louisa of Saxe-Coburg. At 18, she succeeded her uncle, William IV, and in 1840 she married her first cousin. Over the next 2 decades, Victoria and Prince Albert of Saxe-Coburg and Gotha had 9 children who mostly married into European monarchies. Today, the descendants of Queen Victoria can be found in the royal families of Germany, Norway, Russia, Sweden, Greece, and Spain.

Infante Alfonso was 31 years old when he died

Victoria’s reign spanned the 19th century, but her great affliction was that she carried the gene for hemophilia, a blood-clotting disease caused by a defective X chromosome. The only way a woman can suffer from hemophilia is to acquire the defective gene from both her parents. The most likely reason for this to happen would be for her parents to be related to each other. Victoria passed the hemophilia gene to her son, Leopold, and to some of her daughters, who, in turn, passed the disease to their children. What has happened to Queen Victoria’s descendants since is well documented.

Cousin Marriages Have Taken Their Toll on Victoria’s Descendants

Queen Elizabeth and the Duke

Cousin Marriage: The Queen of England and the Duke of Edinburgh

Clearly, hemophilia has hit the royal families of Europe hard. Today, people understand the dangers and consequences of cousin marriages and most societies have attached a stigma to marrying inside one’s own family. It is rarely seen in the 21st century and there are only a few places where marrying within the family is still condoned—one of them being the current British monarchy. Did you know that the current queen and her husband are cousins? Yes, it’s true. Queen Victoria and Prince Albert were the great-great-grandparents of both Queen Elizabeth and her husband Philip, the Duke of Edinburgh. Victoria and Albert’s siblings, Edward VII and Alice, were the current royal pair’s great-grandparents. Grandparents George V and Victoria were first cousins, and parents George VI and Alice were second cousins. 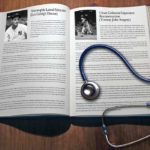 Famous People and the Diseases Named After Them