It’s difficult to tell the story of the early 20th century serial killer Henri Landru without first telling the French folktale La Barbe Bleue, otherwise known as Bluebeard. The tale tells the violent story of a young woman who weds a nobleman and discovers her new husband has a closet full of horrifying secrets. The most famous surviving version of the tale was written by Charles Perrault and published in 1659. The tale goes as follows:

The Legend of Bluebeard

A 19th century illustration of Bluebeard, his wife, and the keys by Gustave Doré.

Once upon a time, there was a wealthy man with a grand estate filled with the finest riches, but he was cursed with a blue beard that scared away any woman or girl who laid eyes upon him. His neighbor had 2 beautiful daughters, one of whom Bluebeard asked to marry. However, neither of the girls wanted to marry him because they were frightened, not of his blue beard, but because of the mysterious disappearance of his 7 previous wives. To persuade the daughters, Bluebeard invited them over to his estate so that they could get to know him. They obliged, and Fatima, the younger and more beautiful of the sisters, eventually began to find that Bluebeard was not so terrifying after all, and they wed.

One day, Bluebeard told his new wife that he had to go on an important business trip. “Here,” said Bluebeard, handing her keys to the estate. “This is the key to my safe, where I have stored my gold and my precious stones. And here is a key that opens every room in the estate…but this small key,” Bluebeard said, his face suddenly turning stern, “is the key to the closet at the end of the basement. Open any room you wish, but do not venture into the basement and unlock that closet.” The man drew his wife near to him, so close she could feel the bristles of his blue beard. “If you should ever open it, then you shall feel my wrath.”

Fatima promised to obey his wish and Bluebeard left. But just as soon as her husband was gone, Fatima rushed down to the basement because she was filled with curiosity about what was behind the closet door. She stood in front of the door, contemplating the words of her husband; however, temptation won and she finally opened it. When her eyes adjusted to the light, Fatima was shocked to see the awful contents of the closet. The floor was covered in curdled blood, and in the blood lay the bodies of Bluebeard’s 7 wives, their throats cut from ear to ear.

Stunned, Fatima dropped the key on the floor. When she retrieved it, she saw that the key was stained with blood and frantically tried to clean it. But the key was a magic key and no matter how hard she scrubbed, the blood would not go away. That evening, Bluebeard unexpectedly returned home from his business trip early. He immediately asked his wife for his keys, and trembling in fear, she handed them to him. “Why,” he asked in a voice that chilled her to the bone, “is there blood on this key?” Fatima denied knowing of the blood stain, but Bluebeard’s anger rose as he threatened that she would join the other 7 wives on the floor in the closet in the basement.

Fatima threw herself to his feet and pleaded for forgiveness, but Bluebeard did not soften. “Give me a little time to make my peace with God, since it is necessary that I die,” she begged. Bluebeard agreed to a quarter of an hour. When he left, Fatima called upon her older sister and asked her to tell her visiting brothers, who were en route by horseback, to please hurry. When her time was up, Bluebeard returned to kill her. At the last moment, when the man was about to deliver the final blow, Fatima’s brothers broke into the castle and rescued their sister. Bluebeard attempted to flee, but the brothers caught and killed him.

Bluebeard had no heirs, so his fortune was left to Fatima. She used the money for a dowry for her sister and as a reward for her brothers; the rest she kept for herself. Fatima eventually met and married a good man, had children, and lived happily ever after.

The events of Henri Désiré Landru’s life seem to eerily jump straight out of the pages of this chilling folktale. His murders mirror those within the story to the extent that he became known as the “Real-Life Bluebeard.”

Landru was born in Paris on April 12, 1869. He was a scholarly young man who took courses at the prestigious School of Mechanical Engineering, but was drafted into the army at the age of 18. He rose to the rank of sergeant before being discharged 4 years later, by which time he had a child with his cousin and married her upon leaving the army. He went into business as a clerk, but his employer was a crooked and dishonest man and ran away with money Landru had given him as a bond. The incident set in motion the events of the rest of his life, as Landru subsequently became a swindler himself. He set himself up as a garage proprietor in Clichy, but also operated as a second-hand furniture dealer. This business often brought him newly widowed women, whom he preyed upon by persuading them to invest their pensions in schemes he proposed and then stole their money. As a result, Landru served a succession of prison sentences between 1900 and 1914 on 7 charges of fraud.

When World War I broke out in 1914, Landru continued to prey upon widows, many of whom lost their husbands at war, but this time the schemes ended in murder. He began placing ads in the “lonely hearts” columns of newspapers, usually along the lines of “Widower with 2 children, aged 43, with comfortable income, affectionate, serious, and moving in good society, desires to meet widow or unattached lady, aged between 35 and 45, with view to matrimony.” For a French widow, such an advertisement was highly appealing. Landru was a charismatic man who promised his victims a comfortable life. He also had a reputation of possessing an insatiable sexual appetite. His first victim was 39-year-old Jeanne Cuchet, who had a 16-year-old son and owned a millinery shop. In December 1914, Cuchet helped Landru furnish a villa in Vernouillet, and for a short time, the 3 of them lived there. But after January 4, 1915, Jeanne and her son were never seen again. Landru gained 5000 francs and a gold watch that he gave to his real wife, even though by this time they were separated.

Landru placed another ad on May 1 and attracted the attention of his next victim, Thérèse Laborde-Line. On June 21, she announced that she was to marry a Monsieur Cuchet and moved into the villa. She was last seen alive on June 26, and Landru immediately sold off her securities and personal belongings. Marie-Angélique Guillin answered the same advertisement and arrived at Landru’s villa on August 2. She disappeared after a few days. Landru sold her securities and, using forged papers, obtained another 12,000 francs from her bank account. Landru maintained the same routine using a variety of aliases for 4 more years. Another 7 women disappeared after answering his ads and moving to his villa, totaling 11 victims.

In 1919, Landru’s luck ran out when the sister of one of his victims, Célestine Buisson, attempted to track down her missing sibling. However, she did not know Landru’s real name, only his appearance and where he lived. She eventually persuaded authorities to investigate. When police searched his villa, they dug up the grounds and searched the surrounding ponds, but came up with no evidence. It wasn’t until locals complained about clouds of foul-smelling smoke that occasionally emerged from his chimney that authorities investigated his iron stove. In the stove, authorities found hundreds of human bone fragments, teeth, hairpins, and dress hooks, and Landru was finally arrested and brought to trial. On November 29, 1921, Landru was declared guilty and he was sent to the guillotine on February 25, 1922.

The details of Landru’s crimes eerily align with those of Bluebeard’s, from the missing wives and the promise of riches to the sister coming to the rescue. However, tragically, it was too late for the real-life version of Fatima. That is why Henri Landru will be forever imprinted in history as the “Real-Life Bluebeard.” 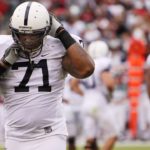