Partially in response to calls for reform of the compassionate use provision (by physicians, dying patients on social media and CNN, and state governments), the Compassionate Freedom of Choice Act of 2014 was recently introduced in Congress. So is this the time for a collective sigh of relief? Is it time to celebrate a "win" for dying patients, and for the doctors dedicated to using every possible tool to save them?

This bill (H.R. 4475) was introduced only a nanosecond ago in Congressional time, but it has huge potential for terminal patients. The bill sets out to help seriously ill patients, and their physicians, access more drug options with less bureaucracy when a clinical trial is not available. What’s more, under the bill, medical professionals might even be protected from losing their livelihood as a consequence of the medical long shot: an experimental drug that could fail.

What’s in the Bill?

The Compassionate Freedom of Choice Act of 2014 would eliminate the need for FDA permission when, in a manner of speaking, patients wish to save their own lives. The bill, introduced by representative Morgan Griffith (R-VA), simplifies physician and patient access to experimental drugs. Inspiration for the bill has come, in part, from traction in Louisiana and Colorado, where “Right to Try” bills have been passed. Missouri and Arizona may soon follow suit and approve their own similar laws.

Whereas no Congressional victory has yet been achieved, there is new hope for treating dying patients formerly considered untreatable, except for palliative care. New legislation would preclude the FDA from banning the prescription of suitable experimental drugs for dying patients. This might even include the streamlining of onerous and time-consuming approval and testing processes. This new bill, should it pass in a similar form to its current state, would place more weight upon informed consent.

Christian Barker died at just 14 years of age, after much suffering. With his body rejecting his life-saving bone marrow transplant, he got permission to use experimental medication. Permission came after it was too late to reverse his, by then, stage 4 graft-versus-host disease (GHVD). The current compassionate use process took 3 weeks, which is too long.

"The difference in perspectives between companies focused on gaining regulatory approval and individuals trying to save desperately ill loved ones can make mutual suspicion curdle into antagonism," astutely observes Steve Usdin, Washington editor at BioCentury.com, in his story “Viral crossroads.” The current compassionate exemption rule has many issues that could be fixed, as noted in the above-mentioned cases:

There are recent cases where the FDA, at first, decided against approving compassionate use, then later reversed its early decision and allowed the patient to get treatment. Whereas this offers some hope, the compassionate exemption rule must be fixed so that future cases won’t have so many hurdles to jump.

CNN criticized drug companies for delaying the long permission procedure due to their reluctance to share FDA-required information. The FDA also currently requires detailed plans for drug production and exhaustive toxicological detail, and even a new IND application from the drug company.

Is the Current Bill Enough to Fix the Compassionate Exemption, if It Passes?

Have you recently come up against the broken compassionate use provision in your practice? What should be added or changed about the Congressional bill, based on your experience? In your opinion, what are the likely hurdles to approval by Congress? Is your state ready to act soon? 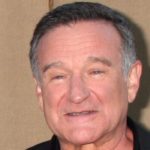