Famous people are getting new things named after them every day. President Barack Obama alone has 5 animals named after him, including the Obamadon, an extinct lizard that lived in North America during the late cretaceous period. The same goes for diseases and other medical conditions. Screenwriter Andrew Niccol once said, “You know you’ve made it when you have a disease named after you.” The psychological condition that causes the belief that a person’s own life is a reality television show was dubbed the “Truman Show delusion” after the movie of the same name, which chronicles the life of a man (played by Jim Carrey) unaware that he is the subject of a reality show being watched by the entire world.

Here is a list of some other famous people in history who have had a disease or other medical condition named after them.

Lou Gehrig’s disease, also known as amyotrophic lateral sclerosis (ALS), is one of the most widely known celebrity eponyms that exist. Gehrig was a major league baseball player who batted for the New York Yankees from 1923 to 1939. He originally attended Columbia University on a football scholarship, but left school after being scouted by Paul Krichell, who signed Gehrig to the Yankees in 1923. He played 2130 games consecutively, held a lifetime batting average of .340, and became one of the most loved baseball players of all time, alongside Babe Ruth and Joe DiMaggio. He earned the nickname “Iron Horse” for his endurance and strength despite playing with a broken thumb, broken toe, and back spasms. It became clear that something was wrong with Gehrig in 1938 when his batting average fell below .300 for the first time since 1925. He grew weak, sluggish, and only played the first 8 games of the 1939 season. Doctors first diagnosed Gehrig with a gall-bladder problem, but later determined it was the rare form of the degenerative disease ALS, now known in North America as Lou Gehrig’s disease. Gehrig played his last game on April 29, 1939. He died 2 years later at age 37.

Lou Gehrig’s disease is characterized by a progressive degeneration of motor cells in the brain and spinal cord. As a result, muscles begin to waste away. The disease, however, does not impair a person’s intellectual reasoning, vision, hearing, or sense of taste, smell, and touch. While it can appear at an earlier age, Lou Gehrig’s disease typically develops between ages 40 and 70, but there is no clear cause. Symptoms include twitching and cramping of muscles, loss of motor control in the hands and arms, weakness and fatigue, tripping and falling, uncontrollable bouts of laughing or crying, and slurred speech. As the disease develops, symptoms can include shortness of breath, difficulty swallowing, and paralysis.

While the disease is most known for claiming the baseball star’s life, recent reports suggest that Gehrig may have actually died as a result of repeated concussions. Minnesota lawmakers are requesting the Mayo Clinic to release Gehrig’s medical records to confirm or disprove the theory, but the clinic refuses to release them without permission of a living relative. However, Ann McKee, chief neuropathologist for the National VA Brain Bank and co-director of Boston University’s Center for the Study of Traumatic Encephalopathy, believes the records wouldn’t even be helpful. “It really requires looking at the tissue and he was cremated, so it’s not possible,” she said.

While a medical condition wasn’t exactly named after him, major league pitcher Tommy John is another famous baseball player who earned an eponym during his career. At 20 years old, he was signed to the Cleveland Indians in 1963. He went on to pitch for the Chicago White Sox, Los Angeles Dodgers, California Angels, Oakland Athletics, and New York Yankees. While with the Dodgers, John permanently damaged the ulnar collateral ligament (UCL) in his pitching arm, which led to the revolutionary surgery that has since saved the careers of countless baseball players. The operation, now known as Tommy John surgery, is a surgical graft procedure that replaces the UCL in the elbow with a tendon from another part of the body. The surgery was performed for the first time on John by Dr. Frank Jobe on September 25, 1974. It at first seemed unlikely that John would ever pitch again, but after spending the entire 1975 season in recovery, he returned to the Dodgers to pitch in 1976. He continued to pitch until 1989. The surgery changed the history of baseball and saved the careers of over 1000 pitchers since it was first successfully performed.

Leopoldo Fregoli was an Italian performer during the late 19th and early 20th centuries known for his remarkable ability to impersonate almost any character in a short amount of time. He was known as the “man of a thousand faces” and left audiences dumbstruck as he effortlessly switched between impersonations (costumes and all) in seconds. Fregoli was so good that he had a disorder named after him.

Fregoli syndrome is a rare disorder in which a person becomes delusional and believes that different people are actually a single person in different disguises. The disorder was first discussed by French psychiatrists Corbin and Fail in 1927 after meeting a 27-year-old woman living in London who believed she was being harassed by 2 actors she often saw at the theater. People who suffer from Fregoli syndrome are afflicted with the delusion that family, friends, and strangers who they see in their day-to-day life are all one tormentor in disguise, and cannot be convinced otherwise regardless of the evidence. The disorder is commonly linked to schizophrenia, but has also been observed in patients with dementia or epilepsy and after traumatic brain injury.

Hieronymus Carl Friedrich von Münchhausen was a German nobleman during the 18th century who served in the Russian army in the war against the Turks from 1763 to 1772. He became famous upon returning home for recounting exaggerated, extraordinary tales about his adventures as a soldier, hunter, and sportsman. Rudolf Erich Raspe, a German librarian, writer, and scientist, collected the stories and published them in England in 1785 in the book Baron Munchausen’s Narratives of His Marvelous Travels and Campaigns in Russia. The book became widely popular and was published in several languages, and newer editions included additional stories based on contemporary events. Münchhausen’s name soon came to symbolize preposterous stories and tall tales.

In 1951, British endocrinologist and hematologist Richard Asher coined the term “Münchhausen syndrome” after the historical figure for the mental disorder in which a person exaggerates or creates symptoms of illness as a result of an intense need for attention. It’s difficult to diagnose people with Münchhausen syndrome because those who suffer from it go to extreme lengths to convince others of their lies. Symptoms include fabricating medical histories, self-harm, preventing the healing process, and tampering with medical instruments to skew results. The cause of Münchhausen syndrome is unknown, but people who have it may have experienced a severe illness at a young age, or may have been emotionally or physically abused. 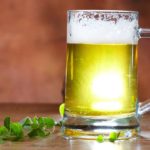 The Origins of St. Patrick’s Day: Snakes, Shamrocks, and Lots of Beer