For some women, finding the right partner to have a child with doesn’t go as planned. What is a woman to do when the time on her biological clock is running out and that dream of starting a family hasn’t been fulfilled yet? For other women, the choice is between having kids and fostering a career. Unfortunately, these days, women who choose to have babies run the risk of being stigmatized as being uncommitted to their profession. However, some of the biggest tech companies are offering their version of a solution: freezing eggs.

Tech companies are known for their wide variety of perks: unlimited vacations, pet insurance, beer kegs in the break room, on-site haircuts, etc. Now it seems that the latest addition to the list is the option for women who want to put off having kids to freeze their eggs. Facebook began covering the procedure’s expenses up to $20,000 last January, and Apple announced that it would start covering egg freezing expenses this January. The perk is designed to attract and retain female talent by helping them avoid having to choose between motherhood and a career.

“We continue to expand our benefits for women, with a new extended maternity leave policy, along with cryopreservation and egg storage as part of our extensive support for infertility treatment,” Apple said in a statement. “We want to empower women at Apple to do the best work of their lives as they care for loved ones and raise their families.”

Some laud the decision for giving women more control, but others feel the move may pressure women to use the benefit. Will young women who opt to not freeze their eggs and take maternity leave lose an opportunity to advance their careers to those who do? Seema Mohapatra, a law professor at Barry University School of Law in Orlando, FL, believes the benefit will be helpful to older women who are worried about running out of time, but not necessarily for younger women. “What I worry about is it’s not going to be just used by that population,” she said, “but is going to be used by the population in their 20s and early 30s saying, ‘If I want to be seen as a serious employee and make it to vice president, I can’t take maternity leave. They’re offering this insurance policy to me or else I’ll be deemed as being on the mommy track.’ ”

What do you think? Is the move for these companies to cover egg freezing beneficial to women who want to focus on their careers, or should they be offering more flexibility and support for new parents instead? 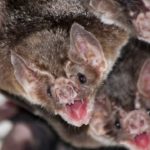 The Deal With Bats: Rabies, Ebola, and Their Own Extinction