Defensive tackle Devon Still was cut from the Cincinnati Bengals on Saturday, but the team just gave him a huge break. The football player just found out that he has been re-signed to the team’s practice squad in order to help pay for his 4-year-old daughter’s cancer treatments.

Still announced on Instagram in June that his daughter, Leah, was diagnosed with stage 4 neuroblastoma, a rare and serious pediatric cancer. As a member of the Bengals’ practice squad, he will continue to receive medical insurance and a weekly salary of $6300. He will also not be required to travel as much, giving him more time to spend with his daughter as she goes through her treatment. “We’re going to go to battle with cancer,” Still told ABC News. “She’s willing to put up a fight to beat it.” Leah just completed her fourth round of chemotherapy last week.

The Penn State alumnus said he harbored no hard feelings when he failed to make the Bengals’ 53-man roster because he missed parts of the team’s activities and minicamp during the offseason to be with his daughter. “I completely understand where the Bengals were coming from when they cut me because I couldn’t give football 100%,” Still said. “They could have washed their hands with me and said they didn’t care about what I was going through off the field. It’s like a blessing in disguise for me.”

Still was considered one of the best defensive tackle prospects and was drafted by the Bengals with the 53rd overall pick of the NFL draft in 2012. He was injured below his elbow and suffered a herniated disc in his back last season and injured his hamstring during a preseason game this year. However, he has a far greater struggle ahead of him. 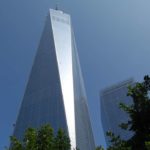