On August 14, 2010, Norwegian Cruise Line’s Epic had just left the Port of Miami for a 7-day cruise to the Caribbean when 21-year-old passenger Kevin Edouard became suddenly ill after eating a cookie. He died as a result of an allergic reaction to peanuts. On September 12, 2005, Dr. Michael Bedford, 70, died after being thrown from the top of a staircase aboard the MV Athena when rough seas caused by a hurricane jolted the ship. Just last October, 6-year-old Qwentyn Hunter drowned in a pool on the Carnival Victory during the last leg of a 4-day trip to the Caribbean. Death onboard a cruise ship isn’t exactly the first thing that comes to mind when planning an all-inclusive getaway at sea, but that doesn’t mean it doesn’t happen.

During each voyage, cruises carry thousands of people from port to port, so it is inevitable that a death can and will occur from time to time. When someone dies on a cruise, there is a list of procedures that are followed by a ship’s crew. A number of intercom announcements are made during the length of a cruise, but there are 2 specific calls that are made in the event of an emergency. The announcement calling for “Operation Bright Star” is made when a passenger experiences a severe medical emergency that requires immediate attention. In the event of a death aboard a ship, a second announcement is made for “Operation Rising Star.” The person’s body is then put in a body bag, which cruise ships are required to carry, and stored in the ship’s morgue. Ship morgues can accommodate 6 to 10 bodies. The body is then unloaded at the next port, but only if the port country is willing to accept the body and issue a death certificate. The deceased passenger’s home country can only get involved after this is completed, which is a complicated process requiring tons of paperwork. The burden of paying for transport of the body back home falls on the person’s family, as neither the consulate nor cruise line will cover the costs.

According to the io9 website, approximately 200 people on average die on cruise ships each year. However, this isn’t to say that cruises are dangerous; more than three-quarters of those deaths typically occur in a single disaster. About 5 times more people die in airplane accidents and 125 times more people die in car crashes each year than on cruises. As for the remainder of cruise ship deaths, the vast majority occur from natural causes. Many cruisers are retired or near retirement age and take multi-week vacations at sea traveling the world.

But what else can go wrong?

While it’s possible to fall overboard, it doesn’t simply just happen. Open decks get closed when the ship experiences high winds and rough seas to ensure passengers don’t get blown off. If a person falls overboard during a cruise, it’s usually either an attempt at suicide or the result of too much booze. In 2006, Lynsey O’Brien, a 15-year-old student from Ireland, was traveling aboard the Costa Magica with her parents, brother, and sisters. On the third night of the cruise, passengers reported to security that they could hear kids partying from inside their cabins and another claimed that O’Brien appeared to be heavily intoxicated. Around midnight, her older sister found her being served drinks at the ship’s bar, despite her using a ship charge card marked as for a child. A record of the tab showed that the girl had likely consumed at least a dozen drinks. Lynsey was brought back to her cabin where she was put to bed, but soon after, her parents were alerted by their 12-year-old daughter’s screams. She said that Lynsey walked out of the cabin after feeling sick and fell overboard while vomiting. Her body was never found.

Murder aboard a cruise can happen just as it can anywhere else. Micki Kanesaki, 52, was last seen alive at 11 PM on May 25, 2006 while vacationing on the cruise ship Island Escape with her ex-husband, Lonnie Kocontes. Passengers were awakened at 1 AM the next morning by the public address system calling for the woman and were asked to help locate her. Kanesaki’s body was found a day after her disappearance floating at sea. An autopsy concluded that she had most likely been strangled to death. Kocontes denied that he had anything to do with Kanesaki’s death, but a criminal investigation into his involvement was launched after it was discovered that Kocontes reportedly attempted to transfer more than $1 million from Kanesaki’s bank accounts into joint accounts that he held with his new wife. He was charged with murder 7 years after Kanesaki’s death on February 13, 2013.

Getting Sick at Sea

Don and Marlene Bryce were cruising aboard Holland America’s cruise ship Rotterdam in the Mediterranean to celebrate Don’s retirement and their 53rd wedding anniversary. On the 8th day of the cruise, Don became ill and was prescribed medicine by the ship’s medical staff to stop his diarrhea and vomiting, but his illness persisted. Three days later, Marlene called for a nurse to see her husband when his symptoms did not improve, and he received additional medicine. Over the next 24 hours, she called the medical staff 4 times and even went to the infirmary to plead with the ship’s doctor to come see her husband. The doctor told her that he was too busy and that he would see him the next morning; but for Don, it would be too late. In the middle of the night, Marlene made an emergency call because Don’s skin was turning dark. By the time the doctor arrived, Don had collapsed and died of a heart attack.

Cruise lines are not legally responsible when their ships’ doctors commit malpractice. It’s a misconception that ships’ doctors are part of the crew and that if they make a mistake or do not diagnose a passenger properly, it’s the cruise line’s liability. In fact, the opposite is true; doctors on board are hired as independent contractors and cruise lines are not responsible for their passengers’ overall medical care at all. The cruise line’s responsibility ends after it hires a competent—or who it believes to be competent—medical doctor.

This doesn’t mean you should cancel your upcoming vacation at sea. It’s more likely that you’ll die traveling to the port than you will on the actual cruise, and death by cruise ship can be avoided pretty easily. Gather as much information about your cruise line that you can before departing and learn the ship’s procedures in case of an emergency. While cruising, watch the drinking, be medically responsible, and most importantly, have fun. 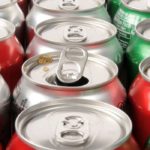 The Origins of Soda